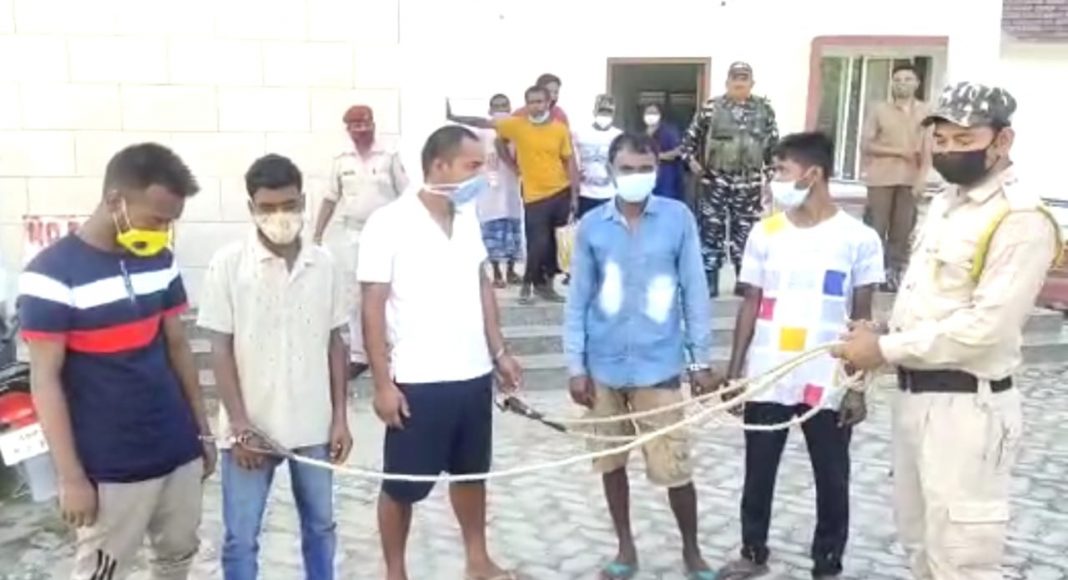 Guwahati: In a major development to the Kokrajhar incident, Assam police on Sunday arrested five persons for their alleged involvement in the mysterious death incident of the two minor sisters.

The CM also met the family of the victims and instructed Assam Police to do an expeditious investigation to unearth the cause of the death.

He also said that stringent action will be taken if any foul play is found.

The minister strictly asserted that women safety shall always remain top priority of Assam government. Atrocity in any form against poor too shall not be tolerated.

On his visit to the house of the victims, CM Sarma was accompanied by BTC chief Pramod Boro and Kokrajhar East MLA Lawrence Islary.

Notably, the incident occurred on Friday evening, where bodies of two minor sisters were found hanging from the branch of a tree in a nearby forest area of Abhaykuthi village in Kokrajhar district.

The bodies were spotted by the villagers at the hilltop around 1 km away from the village. Reportedly, the victim’s family was working in a nearby paddy field and returned home around 4 pm. Upon returning, they did not find the two girls in the house.

Later when the two girls did not return, the family members started searching the area and some villagers found their body hanging from a tree.

Family members and locals claimed that both the minors were raped and murdered. However, post mortem reports are yet to be received.

Sensation prevailed after the incident came to light; many organizations have condemned the gruesome act and demanded a judicial inquiry into the case.