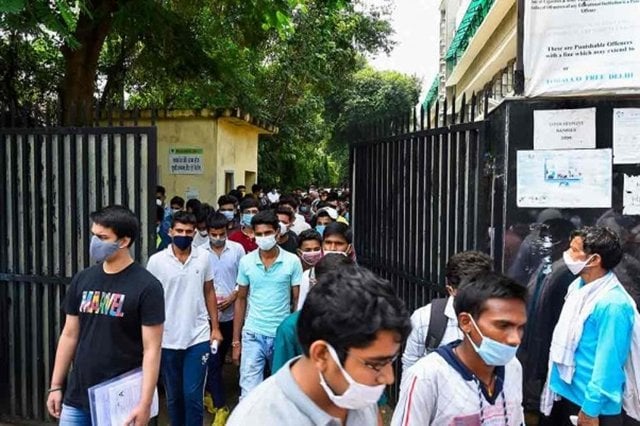 In his letter to the Kerala Chief Minister, Saikia said, “The Keltron has become embroiled in a question paper-leak scandal pertaining to a written test for 597 vacant posts of Sub-Inspectors of Police under the Government of Assam. The Government of Assam had chosen Keltron to conduct the written examination for said posts. However, the question paper got leaked on social media a day prior to the scheduled examination on September 20. As a result, the fate of around 66,000 applicants has become shrouded in uncertainty.”

Saikia said that according to preliminary reports, the leak occurred because Keltron awarded sub-contracts to two local firms, namely Amain Tech Consultants Private Limited and M/s Akshay Tele Communications, which have dubious bona fides. He said that while the first firm has already been involved in at least two question paper-leak scandals involving other departments of the Government of Assam in recent times, the other firm is reported to be operating as a call centre and has no experience of conducting an important examination of this sort.

As such, according to Saikia, there is ample scope to believe that Keltron blindly awarded the sub-contracts at the behest of BJP leaders of Assam.

“It is evident that Keltron awarded the sub-contracts with the intention of earning easy profits while ducking its responsibility, without considering the consequences. This sort of mercantile mentality is not expected of a firm representing a highly literate state like Kerala. Keltron has committed a serious lapse by failing to properly ascertain the track record of the sub-contractors,” Saikia said.

“I request you to call for an explanation from the authorities of Keltron regarding the scam, which has grave ramifications because such connivance with corruption should never be condoned,” Saikia added.

Notably, on Thursday, the crime branch of the Assam Police arrested seven accused. Earlier, two accused were arrested on Wednesday by the City Police Crime Branch while another accused was arrested by CID.