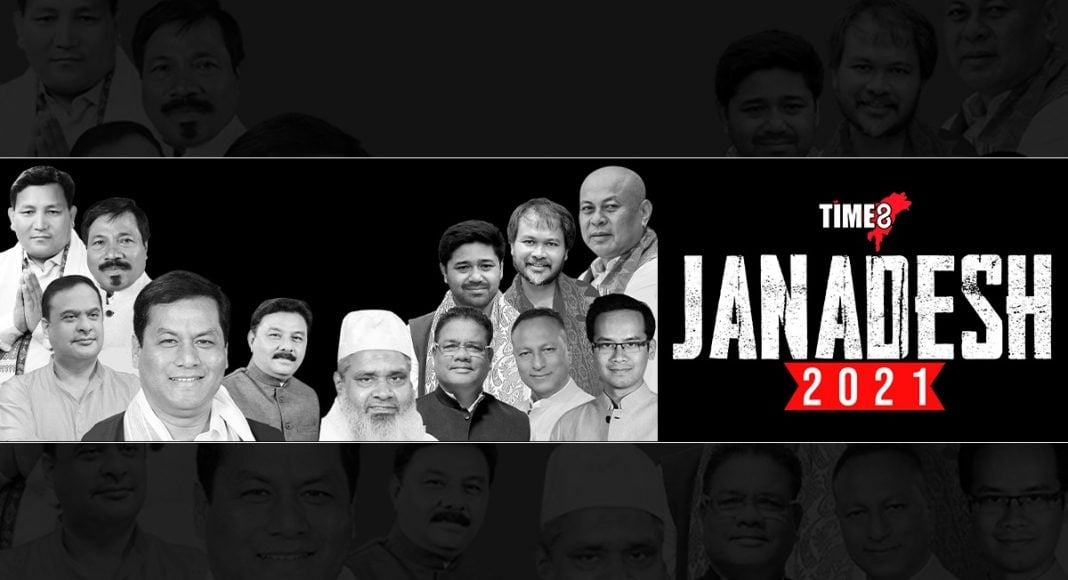 Guwahati: The target of exceeding the previous polling percentage of 85% by the Election Commission of India (ECI) standstill to 82.04% after the third and final phase recorded 85.20% voter turnout.

With the slogan “Abki baar 85% ke paar”, the CEO Assam targeted to exceed the previous voting percentage this year, but, failed.

This time, women’s participation in the election is remarkable. 80.63% of total women voters exercised their franchise, informed CEO Assam.

Altogether 946 candidates were in the fray for the election to the 126-member Assam Legislative Assembly this year.

Around 264 candidates contested in 47 constituencies which went to polls in the first phase.

For 39 seats in the second phase, 345 contestants were on the fray, while 337 tried their luck in 40 constituencies during the third phase of voting on Tuesday.

In a bid to increase the voting percentage in the state and to encourage youngsters to exercise their democratic rights of voting, the chief electoral officer (CEO) Assam had earlier launched a statewide awareness drive with Systematic Voters Education and Electoral Participation (SVEEP) icons.

The CEO Assam had also released mascots-Bohag and Bohagi and a theme song to reach out to the electorates in the state of Assam.

The Mascots Bohag and Bohagi were designed by K. Sai Gowthami an IIM graduate, is a balanced fusion of Assam’s glorious past, progressive present, and a promising future.

Apart from the messy political war between the parties, this election also witnessed something very new which is the alleged ‘mask rumour’ during polling. It may be mentioned that rumours of masks created chaos in multiple polling stations in the Dhubri district in the third phase of elections.

Political heavyweights blaming each other over breaking the poll conduct were also reported during the elections. Police also raided the residences of political leaders over alleged malpractices during the polls and took lawful actions against a few of them.

A BJP’s star campaigner was barred from campaigning for at least 48 hours due to his alleged threatening to another political heavyweight from Bodoland Territorial Council, but, later it was relaxed to 24 hours by the ECI. To which, opposition parties questioned the neutrality of the body, urging them to clarify their stand on the matter.

Another BJP leader made headlines for his alleged threatening call to a journalist, later; he expressed his part on what context he made the statements.

How can one forget about the police firing incidents, there was a heated situation amidst the polls in several sensitive areas, however, the situation was brought under control by the security forces.

Under the supervision of the Election Commission of India, round the clock vigilance was maintained by Assam Police, State Excise Department, Income Tax Department, Directorate of Revenue Intelligence, Narcotics Control Bureau, Flying Squads, Static Surveillance Teams and other regulatory agencies to detect any suspicious movement of cash, liquor, valuables, narcotics etc. across the poll-bound state. This has resulted in the total seizure of cash, liquor, drugs and narcotics worth Rs. 122.33 crore.

Besides, the CEO stated that all arrangements were done to quickly replace any EVMs which reported technical glitches to ensure a smooth poll process. Zonal/Sector Officers concerned were allotted the duty for such replacements, as and when required. The EVM/VVPAT replacement is less than 2%.

CEO Nitin Khade has also condoled the demise of the polling personnel on duty and extended his condolences to members of the bereaved family of the irreparable loss.

CEO added that strong vigilance has been put in place and assured all concerned about the safety, security and sanctity of the Strong Rooms till the Counting Day.

It may further be mentioned that the final results of the polling in 4 states and one UT namely Tamil Nadu, Kerala, West Bengal, Assam and Puducherry will be announced on May 2.