On February 11th, 2020, Assam Welfare of Minorities Minister Ranjit Dutta will convene a meeting with the stakeholders to finalize the plan 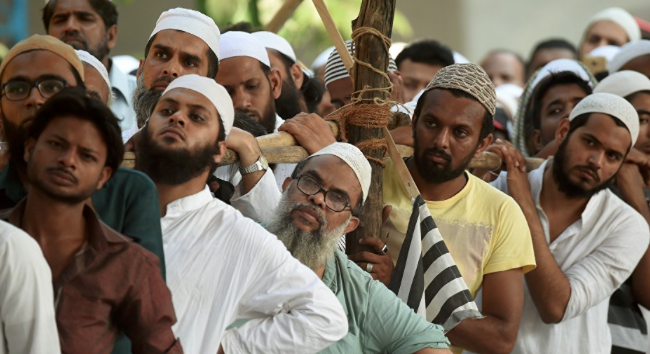 The BJP-led Assam government has decided to conduct an exercise to identify the indigenous Muslim population of the state amid the row over the accuracy of the National Register of Citizens(NRC).

According to BJP spokesperson Sayed Mominul Awal a socio-economic census will be conducted in the state this March to segregate the indigenous Muslims from the illegal Bangladeshi immigrants.

The survey will be conducted to identify four communities of the tea tribe– Goria, Moria, Desi and Jolah, which are considered as indigenous.

On February 11th, 2020, Assam Welfare of Minorities Minister Ranjit Dutta will convene a meeting with various organisations of the four communities and other stakeholders to get the ball rolling for the survey and finalize the guidelines of the survey.

The BJP leader further added that the reason behind such an exercise is to give protection to the indigenous people from demographic changes in the state stating that without prior identification they fail to avail of benefits of the government welfare schemes.

He also added that a request will be made to the state government to get approval from the RGI (Registrar General of India) to conduct the survey.