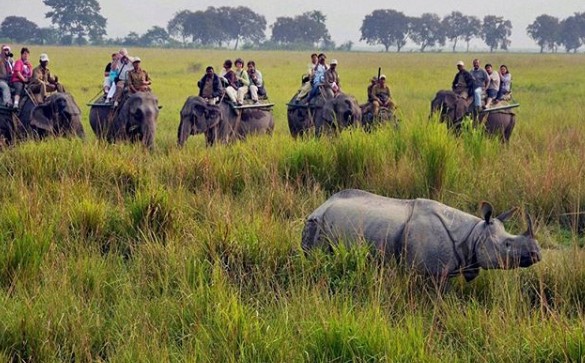 The tourism industry in Assam is going through a rough patch following anti-Citizenship (Amendment) Act, 2019 (CAA) protests that have rocked the state in the last few days.

As Assam was hit by the protests over CAA, several domestic and foreign tourists had cancelled the bookings to visit Assam and other parts of the Northeastern region, informed Assam Tourism Development Corporation Chairman Jayanta Malla Baruah.

Speaking to Time8, Baruah said, “The state tourism sector has been hugely affected following the recent violent protests. Bookings till January have been cancelled by tourists due to the unrest.”

He added, “The period between December-January is a pick season for the tourism sector. Last year during the mentioned period, above 4,000 foreign tourists and nearly 4 lakh domestic tourists visited Assam.”

Baruah mentioned that many tourists were stranded during the protests and the subsequent curfew imposed in some districts. “But, we made sure that they do not face any difficulty during their stay and escorted them to the nearest railway stations and airports,” he said.

It may be recalled, the Australian government on December 17th, 2019, issued an advisory to the citizens to not to travel to Northeast India, which has witnessed massive protests against the new citizenship act.

An advisory issued by the Department of Foreign Affairs and Trade asked Australian citizens to exercise ‘high degree of caution’ while travelling to India. Earlier, the United States, United Kingdom, Singapore, Canada and Israel had also warned their citizens against travelling to the region in view of the protests against the act which was passed by the Rajya Sabha on December 11th, 2019.