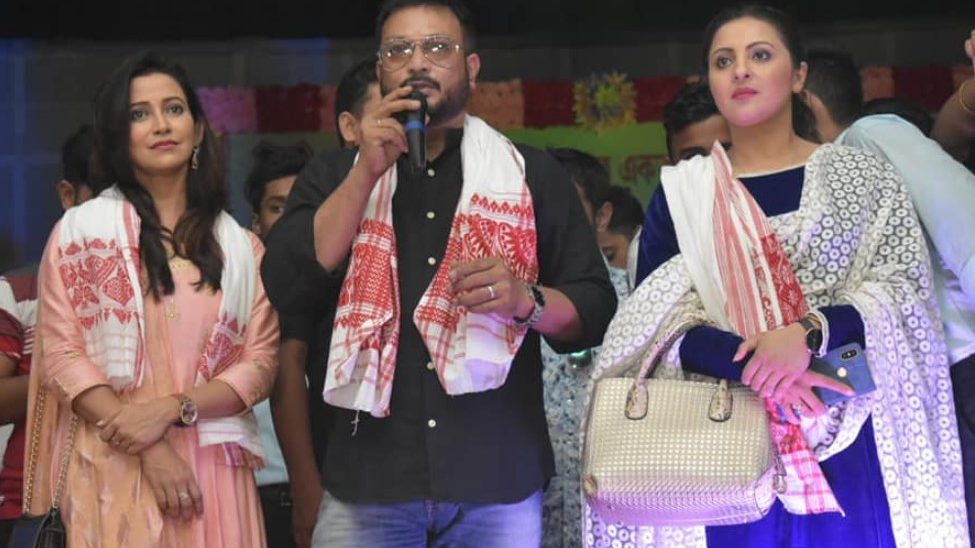 Despite its rich history, artistic successes and making a mark in the National Awards over the years, the Assamese film industry has failed to chalk out its road to success.

The industry was born in 1935 when Jyoti Prasad Agarwala released his movie Joymoti. The industry has given us several remarkable films by Bhabendra Nath Saikia, Phani Sharma, Jahnu Barua, Munin Barua and others.

After a long period of lull, the silence was broke by Munin by delivering back to back blockbusters Hiya Diya Niya and Nayak.

Overshadowed by the Bollywood, the Assamese movies failed to appeal to the audience. With no audience in the theatres, the distributors and producers struggled to release their films.

The Assamese film industry failed to match steps with the changing world of marketing, somewhere where Marathi and South Indian film industries successfully carved a niche for themselves in regional cinemas.

Then, came ‘Mission China’ by actor-singer Zubeen Garg. Garg knew how to create the buzz among the youngsters on the lines of Bollywood. Zubeen used social media, something with Prime Minister Narendra Modi vouches for, to market the film. The trick worked and the heartthrob of the generation managed to pull people to the theatres to watch an Assamese movie.

Let’s not talk about the content or quality of the film. That Zubeen managed to create the initial curiosity regarding the film using social media is an achievement in itself.

He did the same during his second directorial venture ‘Kanchenjunga’. This film made cash register ringing and registered a record opening on the first day. This time, he aggressively visited the colleges and interacted with the students. The film also crossed the Rs 2 crore mark within one week after its release.

Jatin Bora, who is coming up with ‘Ratnakar’ starring Nishita Goswami and Barsha Rani Bishaya, followed the suit.  The team is visiting colleges and promoting the film.  The Rati Rati song from the ‘Ratnakar’ is already a chartbuster.

Adapting to change is the need of the hour. Aggressive marketing of social media is the tool for promoting a film nowadays. The Assamese film industry also seems to take up learning the new-age language of technology and personal interaction. The days of humongous posters and starts acting not-reachable are long gone.

It is upon us to take the film to the public and bring them to the theatres when they carry Netflix and Amazon Prime Videos in their pockets.