Anganwadi Centre Made Of 12,000 Plastic Bottles Coming Up At Assam’s Hailakandi

12,000 plastic bottles stuffed with 4.5 lakh plastic waste and mud will be used for the construction of the Anganwadi centre within 45 days 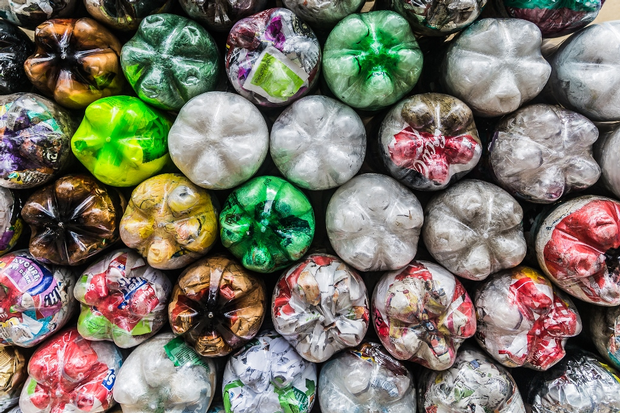 Apart from the Hailakandi district administration, United Nations Development Programme (UNDP), the state education, social welfare and PWD departments are part of the project. In a bid to make the environment free from pollution, plastic bottles and waste will be converted into ecobricks.

The ecobricks made up of waste materials consisting of heap of plastic bags, mud and other non-biodegradable waste packed tightly inside plastic bottles, using a stick, will be used for building an Anganwadi centre at Singhalla under Lala development block.

12,000 plastic bottles stuffed with 4.5 lakh plastic waste and mud will be used for the construction of the Anganwadi centre within 45 days at an estimated cost of Rs 3.46 lakh.

“The cost-effective earthquake resilient structure will not only help improve mother and child health status but also protect the environment through reuse and reduction of plastic waste,” said Dam. “Next time you hold a plastic bottle in your hand, try thinking of it not as rubbish to be disposed of, but as the building block for something extraordinary,” added Dam.

To mitigate the potential risks such as cracks appearing after drying due to shrinkage, liquid cement will be used. To prevent rooms from getting hotter during summer days, 140 holes will be made covered by aluminium net inside together with placing of 140 locally available grass plants in front of the holes to ensure adequate ventilation.

The story of ecobricks began in Guatemala, and from there via the Philippines, to South Africa. Susanna Heisse, horrified at the level of plastic waste around Lake Atitlán in Guatemala, first came up with the ecobrick idea. She built a wall out of them, which became an inspiration to others around the world.

“Ecobricks turn waste into a highly insulating, robust, affordable, building material, which simultaneously tackles problems of unemployment, waste and lack of housing. They can be used vertically as infill in timber-frame building systems, or horizontally, where they are mortared together with clay or cement,” the officials said.

“Switching over to ecobricks will help to uplift the local community and in bringing great attention to wastefulness. CRCC students and teachers have been a truly positive force in a number of ways and they can goad many people across the community into the journey to zero waste. It has been a hugely positive force,” District Social Welfare Officer, J Daimary said, adding that the potential and possibilities ecobricks offer is immense.

The district administration with support from the Hailakandi Municipal Board has already set up plastic banks where citizens can go and deposit single-use plastic items, including bottles. And the collected plastic waste items can be turned into ecobricks in a big way, thus paving the way for zero waste district.