Back With A Bang: Meghalaya Cops Strike The Right Notes On ‘Road Safety’ 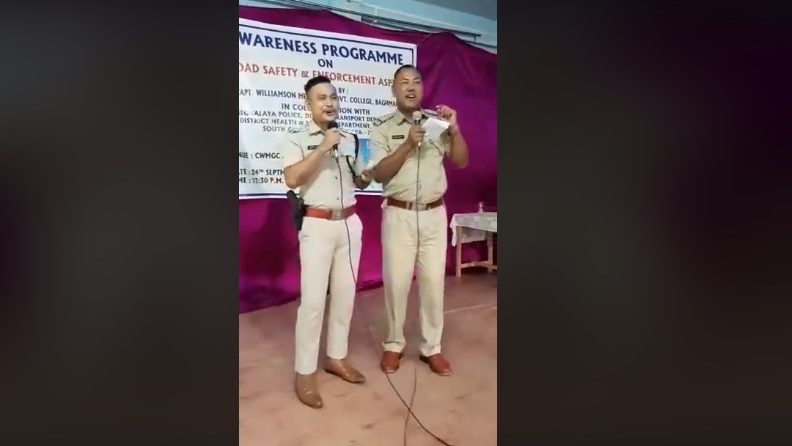 In continuation with their efforts of using music as a medium to spread awareness with a strong message on key issues happening in the society, the Meghalaya police is here again with yet another melodious number on the importance of ‘road safety’ and inculcating it in one’s everyday life.

A video was recently shared by the Meghalaya Police where two cops were seen cheerfully singing to the tune of the aspects of obeying traffic rules in a programme held at the Capt. Williamson Memorial College, Baghmara in South Garo Hills District of Meghalaya. The video which was shared on their official social media handles immediately went viral within minutes of publishing it.

The netizens sang heaps of praises for the unique effort of the Meghalaya Police to sensitize the public on road safety measures and its importance for the commuters.

The song in a local dialect along with the guitar is a perfect muse to the ears. Listen to the song here:

Also, it needs to be mentioned that the Meghalaya Police on September 14th, 2019 shared a video where two cops were seen singing, in the Atong language, and cheerfully sending across an anti-drug message. They were singing in an event held at the auditorium of St. John Secondary School in Siju.