Baghjan blew out due to lapses in policy: Federation

The Petroleum and Gas Workers’ Federation of India on Wednesday alleged that the Centre’s introduction of the Open Acreage Licensing Policy (OALP) will intensify the repetition of similar accidents like the Baghjan oil well blowout in the coming days. 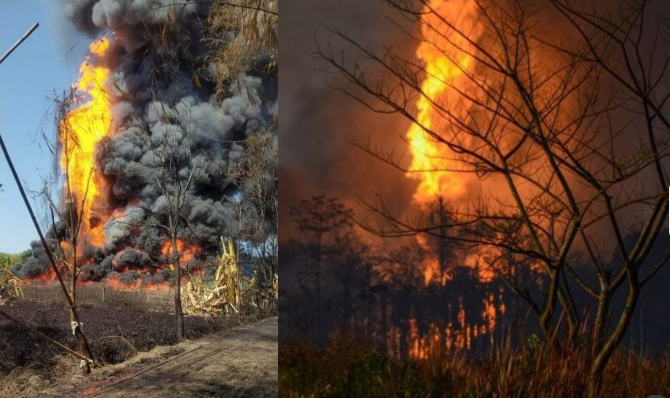 Guwahati:  The Petroleum and Gas Workers’ Federation of India on Wednesday alleged that the Centre’s introduction of the Open Acreage Licensing Policy (OALP) will intensify the repetition of similar accidents like the Baghjan oil well blowout in the coming days.

Federation general secretary Nagen Chutia said, ‘‘The most defective clause of this policy is that the bidders need not have any pre-experience in oil exploration activities. Hence, it (OALP) opens the path for incompetent enterprises to execute oil exploration that causes incidents like the Baghjan blowout.’’

Chutia highlighted that in 2017, GOI formulated OALP through which biddings are being carried out and more than 80 oil fields of ONGC and OIL have already been handed over to private parties on revenue sharing basis.

The OALP was introduced as a part of the Hydrocarbon Exploration and Licensing Policy on March 30, 2016.

The PSU major’s Baghjan oil field, situated in upper Assam’s Tinsukia district was discovered in 2006 and workover job was assigned to Ms/ John Energy Pvt. Ltd, a Gujarat based company. The present blowout of gas happened on May 27 and apparently caught fire on May 9.

“It happened due to lack of safety measures and inexperience of the party. Even skilled manpower was not deployed. Moreover, OIL does not have required experts to put off such a disastrous blowout,’’ Chutia alleged.

Chutia argued that under the OALP, Anil Agarwal’s Vadant Resources got more than 40 oil blocks during second and third biddings.

“We demand the Centre scrap the OALP and stop privatisation of oil fields. Inexperience parties should not be allowed any job in the oil industry,” he said.

Chutia also demanded an independent and high powered enquiry to examine the lapses of the Baghjan blowout case. “The persons, parties, who are responsible for the incident should be punished,” he added.