The protesters said the killing of the blowout point has still been a distant dream. We are forced only to acclimatise ourselves with the disaster 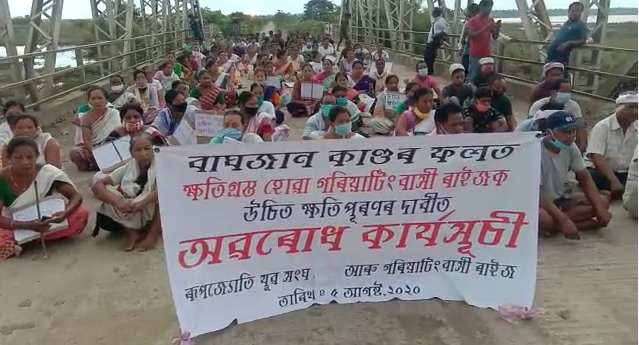 GUWAHATI: The Rupjyoti Yuba Sangh and the residents of Goriyating on Wednesday staged a protest near the blowout site in eastern Assam’s Tinsukia district demanding suitable compensation against the damages caused by the PSU major Oil India Limited’s Baghjan 5 gas oil well blowout.

The protesters alleged that both the Oil authority as well as the local administration has deprived the blowout victims of suitable compensation. “Oil’s gas oil well blowout and the flood have caused equal damages to us. The killing of the blowout point has still been a distant dream. We are forced only to acclimatise ourselves with the disaster,” the protesters said.

The protesters also reiterated the Oil authority and the local administration to accelerate the disbursement of compensation at the earliest assessing the genuine victims.

The Oil authority in an official statement said, “Remaining jobs pertaining to repair and modification of 90ft athey wagon like fabrication of alternate axie including support mechanism to suit the athey wagon unit and modification of secondary section of athey wagon boom are in progress. The civil works for strengthening of the pathway to the cellar at the well site is completed. All efforts are being taken to control the well at the earliest.”

The statement further said, “Treatment of well killing fluid is under way.”

However, the Oil authority was not available for comment regarding the alleged delay in disbursing the compensation.