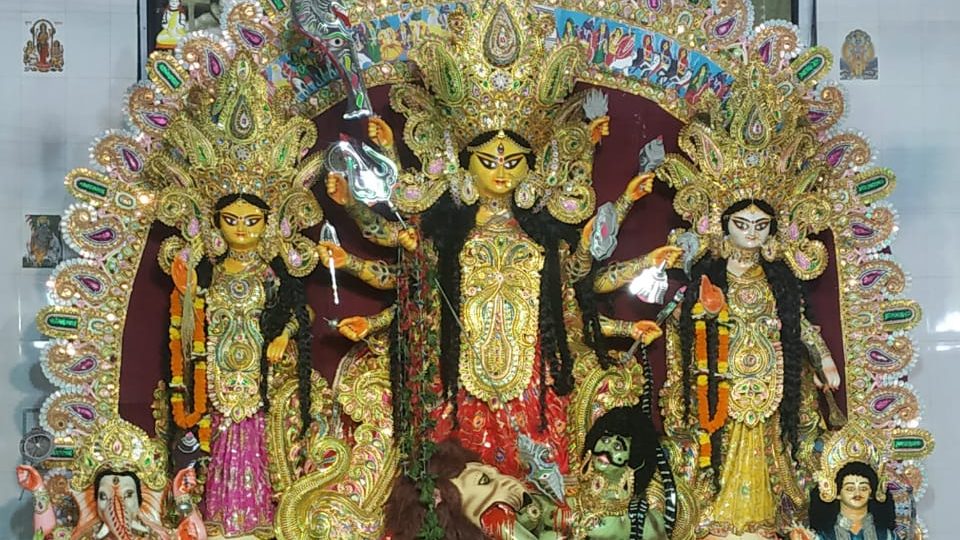 Durga Puja is a celebration of women power and festivity of the triumph of good over evil. Goddess Durga won her fight against the evil demon king Mahisasura and ensured that the spirit of righteousness prevails. She represents the power of the Supreme Being.

However, the irony is that on one hand, we worship the ‘Shakti’ deity with pomp and gaiety for five-day and on the other, the honour and pride of being a woman are challenged every day even today – be it on roads, public transport, at the workplace or at home.

Even today, a woman had to fight for her rights and equality at the workplace, home. She is raped, harassed, killed in the womb, set on fire, eve-teased, taunted for her clothes, judged for her career choices. She has to fight and prove herself every day.

The society always expects women to make compromises to ensure peace at home. Even today, a modern, educated woman needs to put in a much greater amount of effort than her male counterparts to achieve her goals.

Goddess Durga is an epitome of an ideal woman. She is bold, courageous and fights against evil forces and each time assures us that truth triumphs. Every woman of today needs to find her own Durga to find against the odds (demons) and emerge as a winner.

Maa Durga teaches us to speak up against the wrongdoings, raise our voice to bring a change. Remember, when the most powerful of the gods – Brahma, Vishnu and Mahesh – failed to bring an end to Mahisasura, it was Goddess Durga who slew the buffalo-demon.

There are many obstacles like Mahisasura which a woman faces in her day-to-day life. Whatever may be the situation, never think you are incapable of putting up a brave front and fight against it. If Durga could, so can you.