The apex court refused to grant an interim stay on controversial CAA, NRC and NPR without hearing the Centre and the government is free to implement those laws 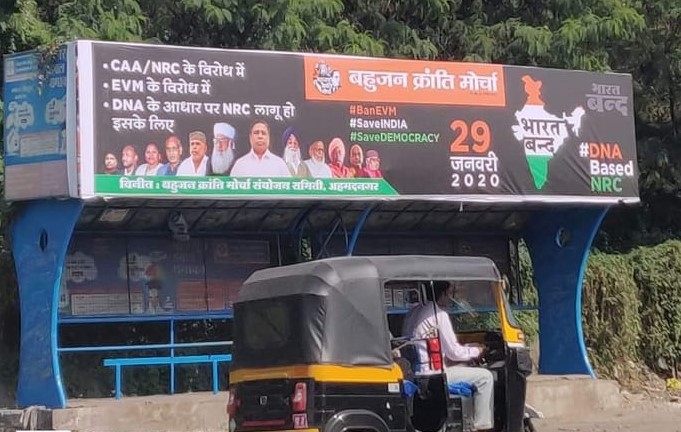 The Bahujan Kranti Morcha (BKM) has called for a complete shutdown on January 29th, 2020 to protest against the Citizenship Amendment Act (CAA), proposed National Register of Citizens (NRC) and National Population Register (NPR).

On the other hand, after the Supreme court refused to grant any stay on the Citizenship Amendment Act (CAA), without hearing the Center, the women of Shaheen Bagh have called for a nationwide Bharat Bandh on January 29th, 2020 against the CAA, NRC and NPR.

The apex court refused to grant an interim stay on controversial CAA, NRC and NPR without hearing the Centre and the government is free to implement those laws.

The apex court directed the Centre to file replies against over 140 writ petitions (except those about Assam and Tripura) within four weeks. The bench comprising Chief Justice of India SA Bobde, Justices Abdul Nazeer and Sanjiv Khanna also agreed to consider the petitions from Assam and Tripura separately.