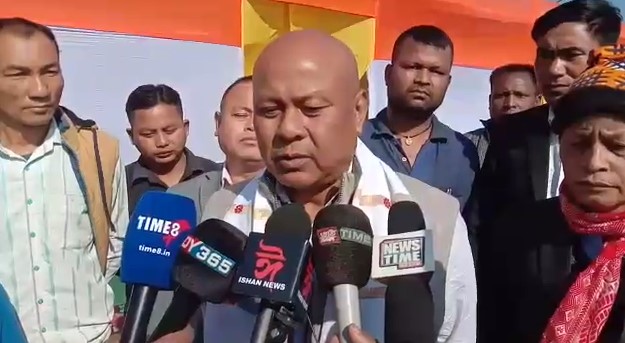 The chief of Bodoland Territorial Council (BTC) Hagrama Mohilary on January 12th, 2020 said that B Saoraigwra and G Bidai, self-styled president and vice president of the banned militant outfit National Democratic Front of Boroland (NDFB-S), will join the peace parleys with the Centre.

As per media reports, 50 cadres of the NDFB-S in two groups has left for India from their hideout in Myanmar on January 11th, 2020. They were reportedly escorted by the Indian Army from the International border to an undisclosed Army base.

One group entered Manipur from Tamu side in Myanmar, while the other group made its way into Nagaland via Longwa in the state’s Mon district, as per the information. BR Ferrenga, general secretary and I Sulung, publicity secretary of the outfit are said to be among those coming to join the peace talks.

However, senior police officers in Assam and Nagaland have remained tight-lipped about the reports.

Speaking to media in Baksa, Mohilary said, “We have contacted Saoraigwra and Bidai and they have agreed to join the peace talks. We have been appealing for long to include the NDFB-S leaders in the peace agreement which the Centre is going to sign in the coming days.”

“We want all…whoever is in the jungle, to come and join the peace process. The agreement will be signed by Saoraigwra, Bidai, Ranjan Daimary and Gobinda Basumatary,” he told reporters on the sidelines of attending a meeting of surrendered NDFB militants in Baksa on January 12th, 2020.

It may be noted, this NDFB faction, earlier headed by S Songbijit, was responsible for the Adivasi massacre in northern Assam in December 2014. Bidai, who had allegedly masterminded the killings, is believed to be hiding with a few rebels, in Bhutan bordering Assam’s Bodo areas.

In 2016, Songbijit came out of the NDFB and formed a new outfit group People’s Democratic Council of Karbi-Longri.

On the other hand, Bodoland People’s Front leader and Assam social welfare minister Pramila Rani Brahma said, “It is a piece of extremely good news. It’s enough…all the mothers are waiting for their sons to come back home.”

The All Bodo Students Union also welcomed the step of the government in bringing the “armed revolutionary faction to the mainstream”.

As per reports, the peace talks between the Centre and the three militant groups of Assam – United Liberation Front of Asom, NDFB and Karbi group are in final phases and the deal is likely to be sealed in the next two months.