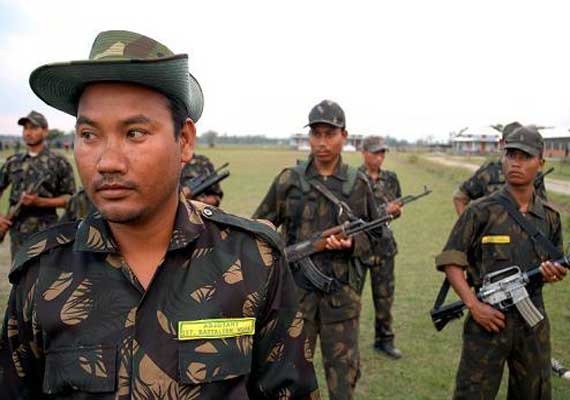 Militancy in the Northeast has faced another blow as the Bodo rebel outfit National Democratic Front of Boroland-Saoraigwra (NDFB-S) has come out to join the peace talks with the Centre. This was welcomed by Bodoland People’s Front (BPF) leader and Assam social welfare minister Pramila Rani Brahma and the All Bodo Students’ Union (ABSU). Joinning of NDFB-S in the peace talk process is a big blow to the insurgency.

Amid the relentless anti-Citizenship Amendment Act (CAA) protests, the move of the government in bringing the armed revolutionary faction to the mainstream has been widely welcomed.

As many as 50 cadres of the NDFB-S left for India from their hideout in Myanmar earlier this month. They were reportedly escorted by the Indian Army from the International border to an undisclosed Army base. Brahma welcomed the decision of the outfit and appealed them to work for the development of the Bodoland Territorial Council (BTC).

The group, after suffering major reverses during Royal Bhutan Army’s Operation All Clear, signed a ceasefire with the Indian authorities in May 2005. But, chairman Ranjan Daimary was in Bangladesh and did not come to India to participate in the peace talks. The group faced its first split after the serial blasts occurred October 30th, 2008. Later, the Central Bureau of Investigation found him along with other leaders guilty in the case.

NDFB (P), the progressive faction supported peace talks with the government, while the faction led by Nabla opposed the talks. In 2012, following the arrest of their chairman, NDFB of Nabla faction split further, leading to the formation of another new faction, which was led by a non-Bodo IK Songbijit as an interim president of the interim council. This faction continued to indulge in militancy and has been blamed by the government for May and December 2014 attacks.

It is pertinent to be mentioned that two factions of the rebel group are already talking with the government. With the joining of the third and the last faction in the peace talk process, it may help in finding a comprehensive to the Bodo political issue.

Government has to take steps to put pressure on other militant groups of the Northeast region to the negotiation table for the interest of the region.