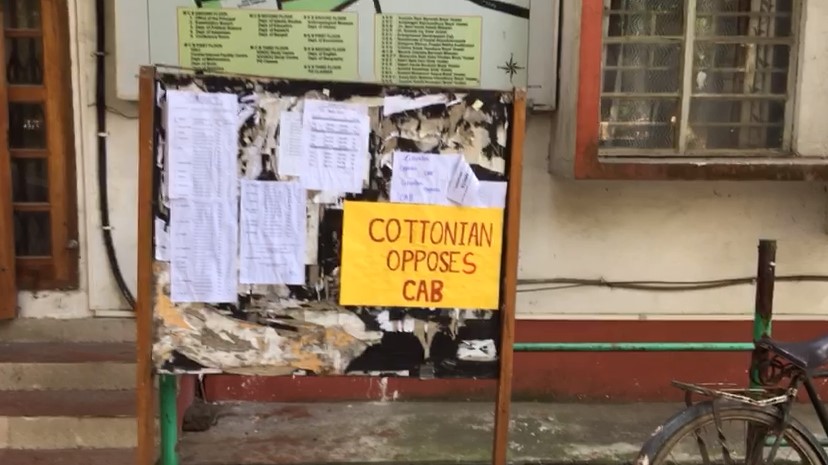 After Gauhati University (GU) and Dibrugarh University (DU), the premier educational institute of the state, Cotton University (CU) has postponed all examinations scheduled on December 10th, 2019. The fresh dates for the postponed exams will be notified separately, CU Students’ Union said.

On December 9th, 2019, Controllers of Examinations of GU and DU issued notification mentioning that all exams scheduled for December 10th, 2019 have been postponed to “to avoid any untoward situation”.

Protests over the Citizenship Amendment Bill (CAB) have intensified in Assam after Union Home Minister Amit Shah tabled the Bill amid strong opposition and sloganeering from Opposition leaders.

The students’ union and alumni association of CU have decided to ban the entry of members of the ruling Bharatiya Janata Party, Rashtriya Swayamsevak Sangh and other organisations supporting the Bill into the varsity.

The students’ union and alumni association of CU have decided to ban the entry of members of the ruling BJP, RSS and other organisations supporting the bill into the varsity. Earlier, posters with anti-CAB slogans, acerbic and sarcastic remarks were pasted on the boundary walls or gates of the varsity.

Cotton University Students Union general secretary Rahul Bordoloi urged all the MLAs and MPs in Assam and other northeastern states to take a stand against the contentious bill.

Demanding to scrap of the Bill, the North East Students’ Organization has called a ‘Northeast Bandh’ on December 10th, 2019.

On the other hand, life came to a standstill in the state in wake of 48-hour strike called by the All Koch Rajbongshi Students’ Union, All Assam Chutia Students’ Union and All Moran Students Union on December 9th, 2019.