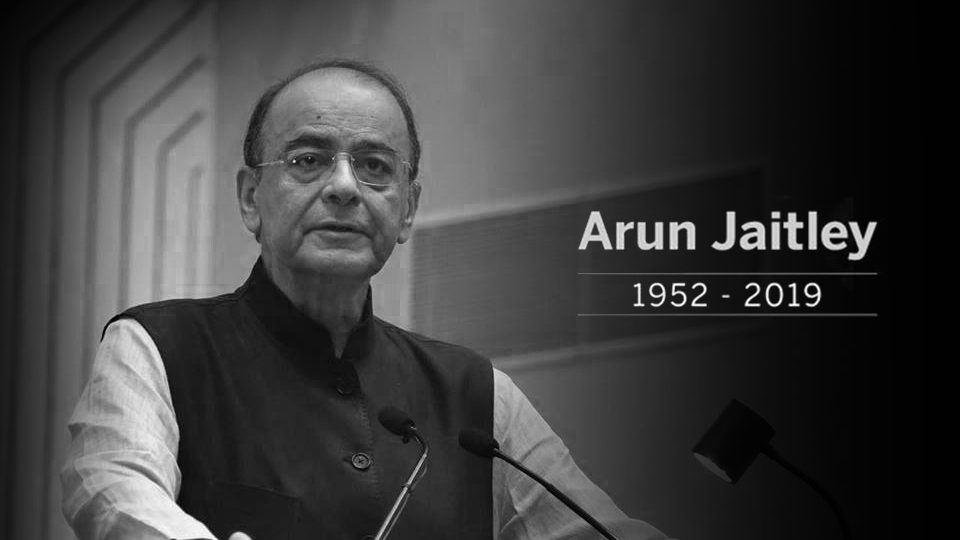 Former finance minister Arun Jaitley passed away at the All India Institute of Medical Sciences (AIIMS), New Delhi on August 24th, 2019. Jaitley, 66, was earlier admitted to the AIIMS Intensive Care Unit (ICU) after he complained of breathlessness and restlessness.

It may be mentioned Jaitley underwent a kidney transplant surgery in 2018, following which he was put under isolation. A lawyer by profession, Jaitley was among the leaders who were jailed by the Indira Gandhi government during the Emergency period. He is survived by his wife and two children.