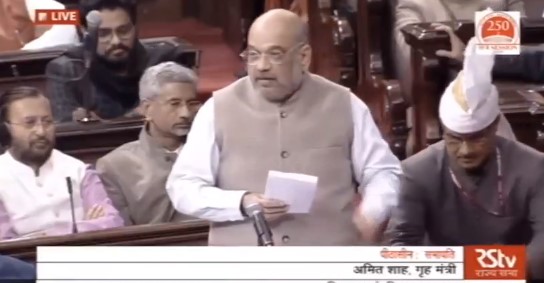 The Rajya Sabha on December 11th, 2019 passed the controversial Citizenship (Amendment) Bill, 2019 as violent protests have broken out in Guwahati, parts of Assam and the Northeast.

Shiv Sena MPs were not present in the Rajya Sabha at the time of voting. The amendments to move the Bill to select panel has been voted out by 113 votes to 99 against.

The Bill will become the first instance in the country’s history when citizenship will be granted on a religious basis.

The civil administration has requested the Indian Army’s assistance in maintaining law and order situation in Assam and Tripura. Army to be deployed in Guwahati city by December 11th, 2019 night.

“Three Army columns requisitioned by civil administration so far in Tripura and Assam. Two (Tripura) are deployed and third (Assam) is standby,” the Army statement said. The approx strength of one column is about 70 personnel all ranks. Field Commanders and Army HQ monitoring the situation closely.

A Police QRT (Quick Response Team) has been dispatched to Assam’s Dibrugarh district. A total of 5,000 paramilitary personnel have been deployed across the Northeast. Internet services have been shut down in Assam and Tripura to prevent the spread of rumours.

The Assam government has suspended mobile and internet services in 10 districts and imposed an indefinite curfew in Guwahati.

In Guwahati, students clashed with police in front of the Janata Bhawan, the seat of the BJP government. Police used water canons, fired teargas shells and baton-charged protesters, who fought back.

Agitators torched, vandalised vehicles in Guwahati. The jittery shopkeepers were seen pulling down shutters within a matter of minutes and rushing to the safety of their homes. Vehicles vanished from the busy city streets as protestors burnt tyres, banners and posters on the roads.

The protest of this magnitude in the state unseen since the violent six-year movement by students that ended with the signing of the Assam Accord in 1985.