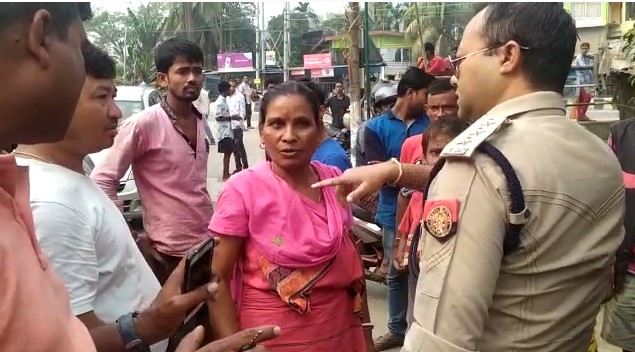 Two bike-borne miscreants allegedly looted a bag containing Rs 2 lakh cash from a woman in Narengi area in Guwahati on November 19th, 2019. The victim later lodged a complaint at Noonmati Police station in this regard.

As per the complaint, when the woman, Bihula Brahma was returning home after withdrawing cash from the Mathgharia branch of the State Bank of India, the two youths in a motorcycle waylaid her.

They snatched the cash bag from Brahma, but she could not resist them. As the miscreants fled the spot following which the victim raised a hue and cry.

Based on the complaint, police have launched investigation into the matter. The locals alleged that the miscreants were riding one black-colour Pulsar bike.

Brahma is a resident of Kenduguri, Narengi Sector 2.