Assam government will provide 10 vans throughout the Guwahati city where people will be able to buy chicken meat at Rs 140 per kg. 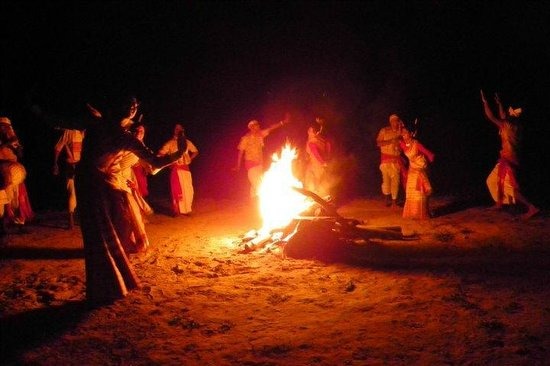 Guwahati: Amid corona scare and the news of bird flu spread in some states in the country, the state of Assam is preparing for the celebration of Bhogali Bihu or Magh Bihu with full enthusiasm and joy.

The festival calls for erecting hut-like ‘meji’ or ‘bhelaghars’ with bamboo leaves, wood and offshoot in which people eat the food and burns the hut next morning.

While the women are busy preparing delicacies like pitha, laru and other sweet and eatables, the men are seen building the bhelaghars.

The Assam government on Friday had imposed a temporary ban on poultry as a preventive measure to check the possible outbreak of bird flu in the state.

However, there is no ban on import of feed or eggs. The ban was imposed to save local farmers who have already suffered due to Covid-19 and also save the poultry business in the Northeast because everything imported has to pass through Assam, through the two check gates in Kokrajhar and Dhubri districts.

Assam produces 60 lakh kg of chicken meat a week against a requirement of 58 lakh kg. Besides domestic consumption, it also exports to Arunachal Pradesh, Nagaland, Meghalaya and Manipur.

On the other hand, it imports about 60 tonne chicken a day from outside, most of which goes to other states in the region.

The Magh bihu is associated with two days of two months as per Assamese calendar – last day of Pausha/Pooh month and the first day of Magh month.

On the last day of Pooh, the eve of Bihu, the celebration is known as ‘Uruka’ where the young men build the bhelaghars. A Meji or bonfire is also an integral part of Magh Bihu. A bonfire is lit early in the morning of Bihu and prayers are offered to the gods.

The main Magh Bihu is celebrated the next day. On this day, people take bath early in the morning and the celebrations begin.

Rice cakes form the highlight of the festival and are distributed among everyone. Sweets made of coconut called Laru are also made.

Read More : BREAKING: Dispur extends deadline for filing application for an alteration of areas of BTR