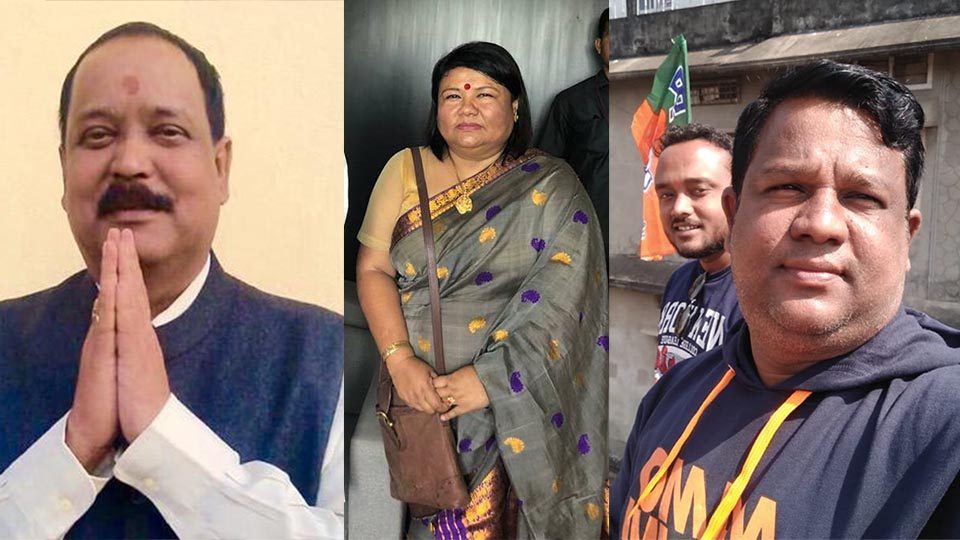 The ruling Bharatiya Janata Party on September 29th, 2019, has finalised its candidates for the by-election slated to be held in four legislative constituencies of the state on October 21st, 2019.

Bijay Malakar will contest from Ratabari legislative constituency, Towfiqur Rahman from Jania, Rajen Borthakur from Rangapara and Nabanita Handique from Sonari constituency. Malakar is the General Secretary of the state BJP SC Morcha.

The Assam Chief Minister Sarbananda Sonowal said, “The new faces will bring new energy with their dedication and emerge victorious in the upcoming bypolls.”

It may be mentioned that the seats – Sonari, Rangapara, Ratabari and Jania- represented by Tapan Kumar Gogoi, Pallab Lochan Das, Kripanath Mallah of the BJP and Congress’ Abdul Khaleque respectively fell vacant after the 17th Lok Sabha elections held this year.

In the LS elections, Gogoi won from the Jorhat parliamentary constituency while Das won from Tezpur constituency, Mallah from Karimganj and Khaleque from the Barpeta constituency.

The main opposition Congress has also finalised its candidates name for the election. Keshab Prasad Rajak will contest from Ratabari, Shamsul Hoque from Jania, Kartik Kurmi from Rangapara and Sushil Suri from Sonari legislative constituency.

On the other hand, perfume-baron turned politician Badruddin Ajmal-led All India United Democratic Front (AIUDF) will field candidates only in Jania constituency, which is believed to be Congress’ stronghold. Hafiz Rafikul Islam will contest from the constituency.