During search 10 grams of suspected heroin, cash amount of Rs. 97,500 suspected to be the sale proceeds of drugs and large numbers of empty vials etc were recovered 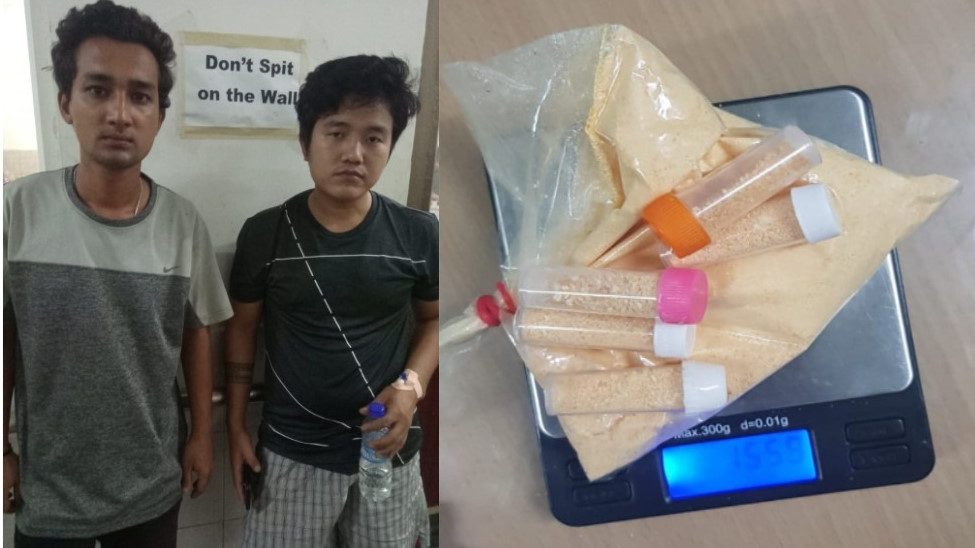 Itanagar Police has arrested BJP MLA’s son along with one other as drugs were found from their possession. The arrestees are Manu Barman and Lokam Lulu.

A police team on September 28th, 2019 found four persons in an inebriated condition and suspected of consuming drugs. As the police stopped the boys and frisked them, a certain quantity of heroin (NDPS Substance) was seized.

The four identified as Kajal Mandal, Subash Mandal and Tojing Binggeb disclosed that the trio gets drugs supply from their fourth friend, Manu. On further interrogation, Manu Barman revealed that he bought heroin from Lokam, son of Koloriang MLA Lokam Tassar, presently residing at Damsite, Naharlagun.

The team conducted raid at the residence of MLA Tassar located at Damsite but he was not found in his residence. However, the search was made in the residence in the presence of his family members. But, no contraband drugs were found.

The SP Capital had been receiving inputs about his involvement in drug trafficking for the last few months and one raid in July at his house was also unsuccessful.

On further inquiry, the family members informed that he is staying with his wife in the residence of Gumdak Rime, a retired government official. Accordingly, the team conducted a search in the said residence on September 29th, 2019. During search 10 grams of suspected heroin, a cash amount of Rs. 97,500 suspected to be the sale proceeds of drugs and large numbers of empty vials etc were recovered. Lokam admitted that the recovered heroin belonged to him.

Further investigation is on to track the source of recovered drugs. Accordingly, a case vide 165/19 U/S 21(b) of the NDPS Act was registered in the Naharlagun Police Station.