Union Home Minister Amit Shah said that the BJP will bring the Citizenship Amendment Bill which will give Hindu, Sikh, Buddhist, Jain and Christian settlers citizenship 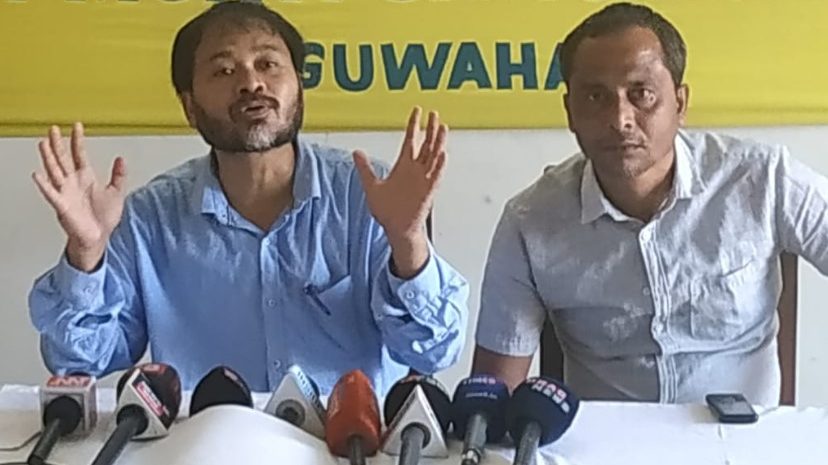 Krishak Mukti Sangram Samiti (KMSS) peasant leader Akhil Gogoi on October 2nd, 2019 alleged that the ruling Bharatiya Janata Party (BJP) has “murdered” the philosophy and principles of the Father of the Nation, Mahatma Gandhi and is playing divisive politics.

Addressing a press meet in Guwahati, Gogoi attached Union Home Minister Amit Shah over the Citizenship Amendment Bill and has urged all organisations and common man to unitedly protest against the Bill for the sake of Assam and Northeast.

“The BJP is planning to table the Bill in the coming Winter Session of the parliament. Under no circumstances, we will accept the Bill. We will fight like before against the Bill. We cannot let this kind of Bill destroy our society, country. The BJP has murdered the ideology, principles and philosophies of Gandhi and is practising communal and divisive politics,” Gogoi said.

Shah, addressing a rally in West Bengal on October 1st, 2019, said that the BJP will bring the Bill which will give Hindu, Sikh, Buddhist, Jain and Christian settlers citizenship. “We will ensure that it is implemented in the state, and all intruders are sent back to their right place,” Shah said.

The controversial bill seeks to amend the Citizenship Act, 1955, and grant Indian citizenship to people from minority communities — Hindus, Sikhs, Buddhists, Jains, Parsis and Christians – who have become the victims of religious persecution in Pakistan, Bangladesh and Afghanistan after six years of stay in India instead of 12 even if they do not possess any proper document.

It may be mentioned that the Bill was cleared by the Lok Sabha on January 8th, 2019 but lapsed in the Rajya Sabha. The bill triggered massive agitations in Assam and the other northeastern states.

“Around 1 lakh illegal Bangladeshis will get Indian citizenship if the Bill is implemented in Assam. The BJP is also trying to denounce the National Register of Citizens. We will launch awareness programmes against the Bill across the state from October 11th, 2019,” Gogoi added.