Around 67 per cent non-Bodos residing in the region are now in fear after the Bodo Accord was signed: Tuleswar Rajbongshi 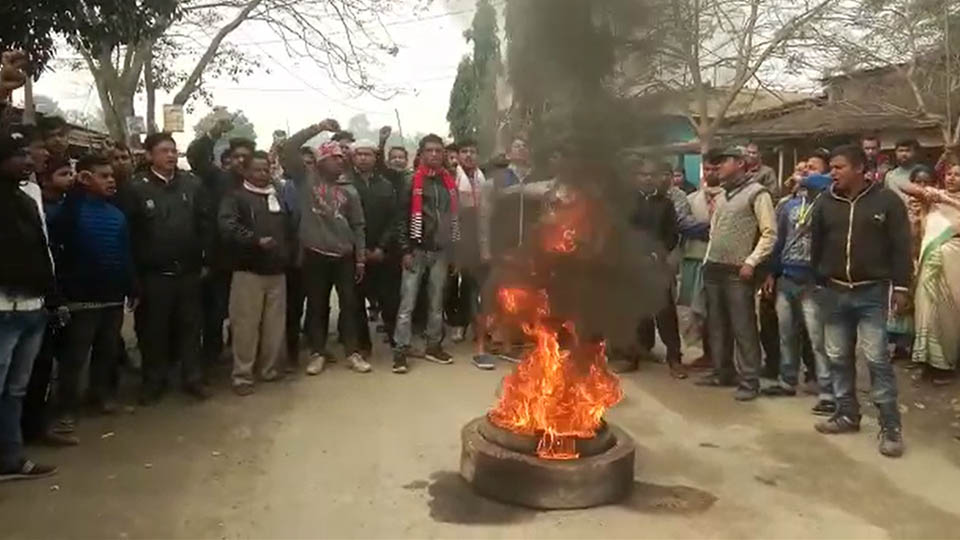 At a time when celebrations gripped the BTAD after the historic Bodo accord was signed, the non-Bodos residing in Baksa staged protests on January 28th, 2020, saying the Centre has been hatching a conspiracy against to divide Assam.

“The central government has been hatching a conspiracy to divide Assam,” Tuleswar Rajbongshi, a local of Goreswar, said while slamming the Bharatiya Janata Party-led government over the Bodo accord.

Speaking to the media persons, Rajbongshi said, “Around 67 per cent non-Bodos residing in the region are now in fear after the Bodo Accord was signed. The government inked the accord without the cognizance of the non-Bodos.”

He further accused the central as well as the state government of depriving the non-Bodos residing in the region from the past. “We feel neglected in every moment. The government has not done anything for the non-Bodos to date,” he added.

Prime Minister Narendra Modi said the accord will usher new dawn of peace, harmony and togetherness. He also said that the Accord will further protect and popularise the unique culture of the Bodo people.