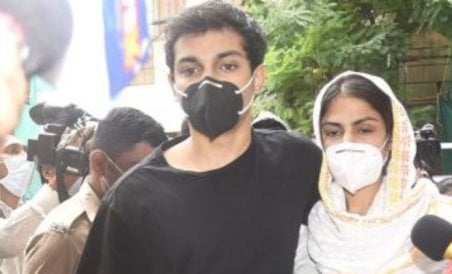 A bench of Justice Sarang Kotwal also granted bail to Rajput’s aides Dipesh sawant and Samuel Miranda, but rejected the bail plea of Rhea Chakraborty’s brother Showik Chakraborty, who is also an accused in the case.

The court has allowed Rhea’s bail on furnishing a bond of Rs 1 lakh and other conditions. Her lawyer, Satish Maneshinde requested for 1 month to furnish bail bond, which was allowed by the court.

She is to mark her presence at the nearest police station every 10 days after she receives bail. She has also been restricted from leaving the country without prior permission from the court and asked to deposit her passport with the Special Court.

Also, if Rhea has to leave out of Greater Mumbai, she will have to inform the investigating officer.

Rhea Chakraborty and her brother were arrested last month by the Narcotics Control Bureau (NCB) in connection with its drug probe related to the case of Rajput’s death.