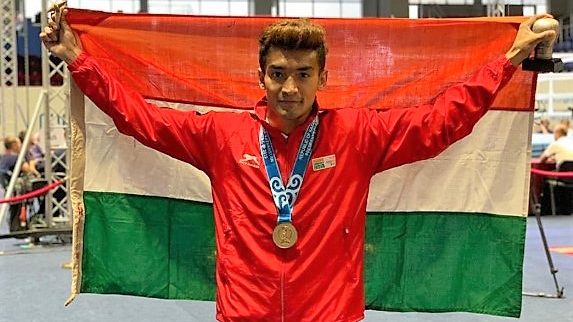 Guwahati: After becoming India’s first gold medallist at the President’s Cup boxing tournament, four-time Asian medallist Shiva Thapa emphasised that he will “leave no stone unturned” to achieve his goal at the much-awaited multi-sport event – 2020 Summer Olympics – to be held in Tokyo, Japan.

While replying to a congratulatory message by Union Minister for Sports and Youth Affair, Kiren Rijiju after his historic win, Thapa tweeted that he will “work harder and leave no stone unturned for mission Tokyo 2020”.

On July 20th, 2019, Guwahati boy Thapa made the country proud by clinching the country’s first gold at the President’s Cup boxing tournament in Astana, Kazakhstan.

The 25-year-old boxer made his international debut in the newly-introduced Olympic category of 63kg after his opponent Zakir Safiullin from Kazakhastan pulled out of the summit due to injury.

It may be mentioned that Thapa had lost to Safiullin in the Asian Championship semifinal earlier this year. Thapa, a 60kg category boxer, told the media persons that the new weight category has been easy to adapt without much difficulty.