Violent protests broke out in several parts of the country after the citizenship law was passed in parliament on December 11th, 2019 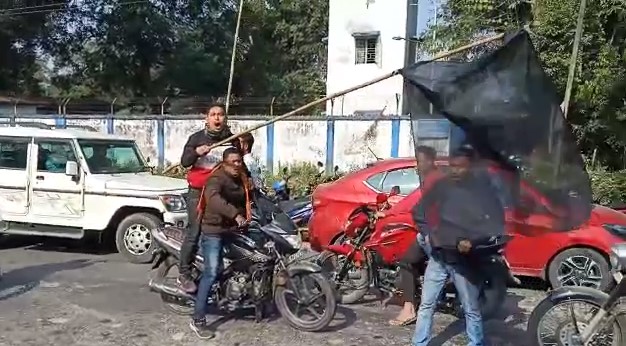 The anti-CAA protesters had burnt down the house of Hazarika in Chabua as the protests against the new citizenship law took an ugly turn earlier this month.

Violent protests broke out in several parts of the country after the citizenship law was passed in parliament on December 11th, 2019. Four people have been killed in police firing in Assam, while an oil tanker driver was charred to death when his vehicle was set on fire in Orang.

The agitators engaged in pitch battles with security personnel in almost every major city or town, forcing the administration to impose curfew and suspend internet services. The streets of the state turned into a veritable battle zone littered with burnt tyres, logs, stones, rubber pellets and teargas shells as seething protesters descended on the streets opposing the Bill.