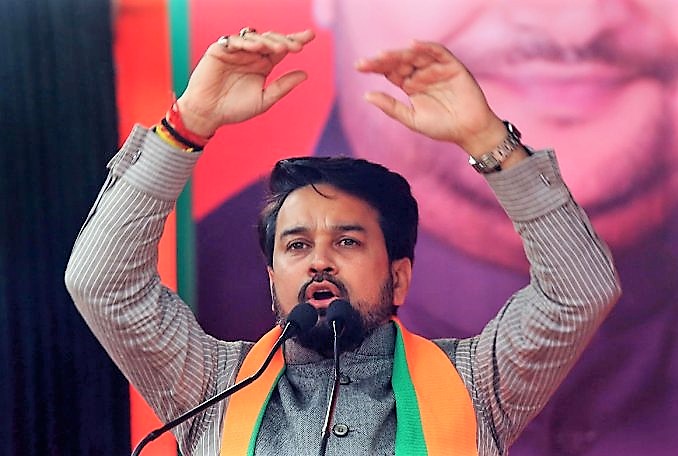 Assam National Students’ Union of India (NSUI) lodged a complaint with Dispur Police in Guwahati against Union Minister Anurag Thakur for making a controversial remark during a speech in Delhi.

Union Minister of State for Finance Thakur had raised slogans ‘Desh ke Gaddaron ko‘ (traitors of the country…), to which the public responded with ‘Goli maaro sa***n ko,’ (shoot the traitors) in reference to anti-Citizenship (Amendment) Act protesters during a public meeting in Rithala on January 27th, 2020.

The video of the rally was widely shared on social media inviting the wrath of the opposition. The BJP leader has been under opposition fire for the “unacceptable” slogan and was heckled in the Lok Sabha on February 3rd, 2020 as they chanted slogans ‘Goli marna bandh karo‘ (Stop shooting).

The opposition accused him of inciting violence in the national capital. Post the rally, three firings have taken place in four days in quick succession after the controversial slogans of Goli Maaro were chanted at the rally.

Thakur was also banned from campaigning in Delhi for 72-hour by the Election Commission of India for raising provocative slogans at the rally.

However, on February 3rd, 2020, Thakur said that there is no place for violence in democracy. “The voting power shall be used in the right manner. The ballot should dominate bullets,” he told reporters just days ahead of the Delhi elections.