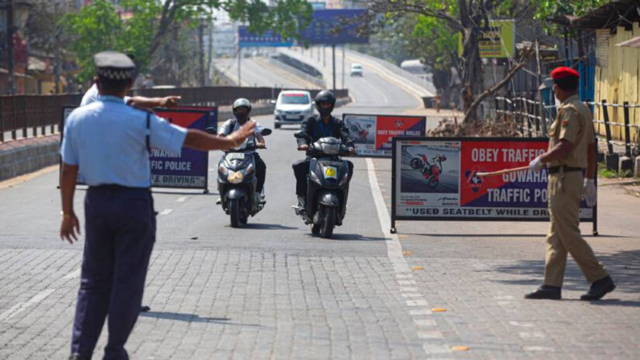 GUWAHATI: Assam Police have warned to slap charges of ‘attempt to murder’ on anyone violating the standard operating procedure (SOP) from now onwards.

As the state government issued a fresh SOP and decided to extend the curfew hours from 2 pm to 5 am from Thursday as well as restricting all kinds of public gatherings, state police said that they would not shy away to apply force on violators.

Assam Police director-general Bhaskar Jyoti Mahanta said, “If we come to know that anyone has been organizing any kind of functions or partying with a gathering, state police will book them under stringent charges. They will not only be held responsible for conspiring against the society but will be booked under charges of attempt to murder also.”

The police chief added, “Even if someone slaps a case on police, our personnel will not hesitate to lathi-charge upon them. This is a crisis time and forces will be applied on violators of SOP.”

On Wednesday, the state government ordered all shops and commercial establishments to shut down their operations at 1 pm on all days from Thursday too. However, e-commerce and home delivery services were allowed before 1 pm also.

All public transport has been allowed to operate only with 30 % of seating capacity. Pillion riding has been banned except for women and children.

All religious places were also asked to remain closed for the next 15 days in the state. However, the religious head or representatives were allowed to perform minimal religious prayers.

The state of Assam has been witnessing an abnormal increase in death cases. On Tuesday, the state reported the highest numbers of Covid cases of 6,258 with a positivity rate of 9.13%.  and at least 85 deaths.

As per the National Health Mission report, the highest caseload districts were Kamrup rural with 527 cases, Dibrugarh with 507 cases and Nagaon with 313 cases.