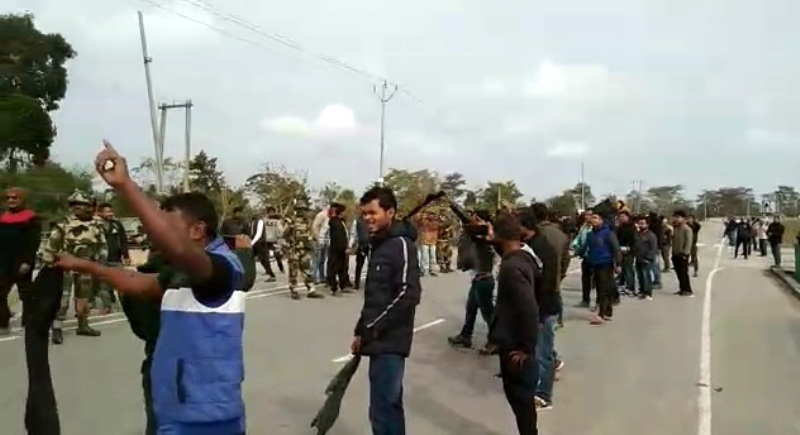 A group of protesters waved black flags to the convoy of the BJP leaders along the National Highway shouting slogans like ‘BJP go back’, ‘anti-national BJP’. The leaders along with other BJP members were about to attend a feast near the Dr Bhupen Hazarika Setu.

The black flags waved by the anti-CAA protesters have become a symbol of protest against the BJP-led governments at the Centre and State for its alleged indifference to the people’s sentiments.