Breaking: Major Fire Breaks Out Due To Cylinder Blast In Guwahati

The fire broke out in a tea leaf godown located in Tripura Road, Beltola 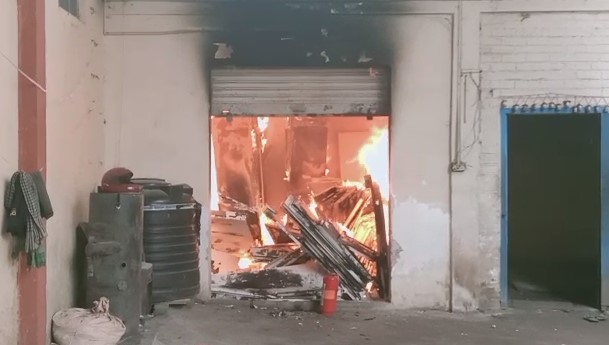 A massive fire broke out in Beltola area of Guwahati following a cylinder blast on November 19th, 2019.

As being intimated by the locals, fire tenders were rushed to the spot. Efforts are on to douse the fire, officials said. No one has been injured in the incident, they added.

In the incident, a house belonging to one Abani Deka was reduced to ashes.