Modi Leaves For Kokrajhar To Celebrate Signing Of Bodo Accord 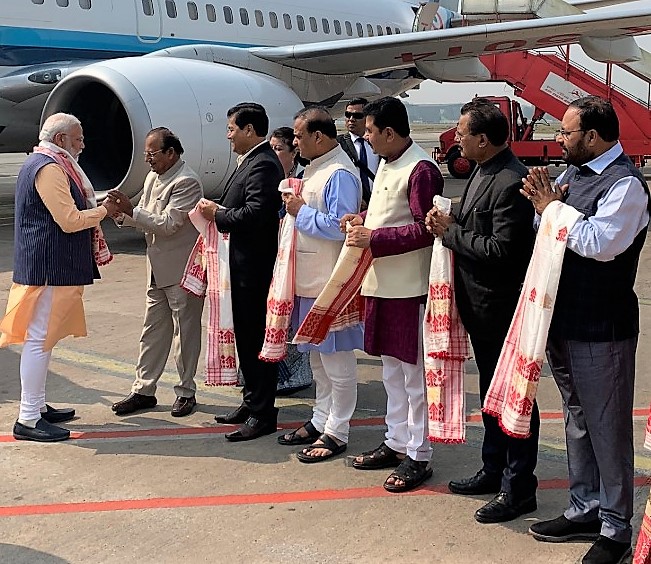 Prime Minister Narendra Modi flew to Kokrajhar in a helicopter to participate in the celebrations of the signing of the Bodo agreement. The Prime Minister will address a rally in Bodo-dominated Kokrajhar town of Assam.

It will be his first visit to Assam after the anti-Citizenship Amendment Act protests rocked the state. The Assam government has announced a public holiday in the four districts of the BTAD – Kokrajhar, Chirang, Baksa and Udalguri.

Jangkhritai Pwthar was packed to the brim with enthusiastic supporters who had travelled many hours from different parts of the state.

They had come in especially-arranged buses and had walked many miles to reach the venue. Many had made their own arrangements to come and listen to Modi.