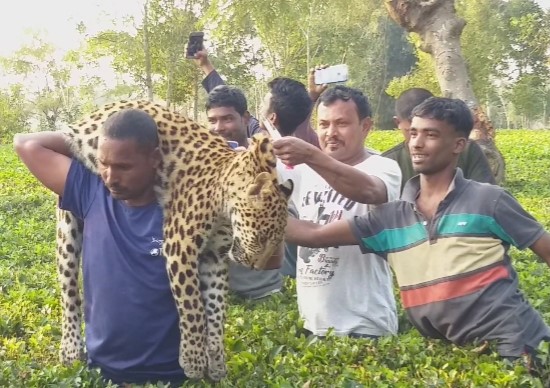 The wildlife department officials of Kaziranga on January 17th, 2020 managed to tranquillize a leopard on the prowl in Jorhat’s Titabor.

As per reports, following the tranqilization, the big cat was taken for a medical examination and will likely be released in the forest area later on.

The leopard strayed into Atapam Gaon, a medium size village located in Titabor Circle. No sooner its movement was spotted by the locals. A fear-psychosis gripped the local residents and accordingly, local forest officials were intimated.

Due to deforestation, leopards usually stray into residential areas in search of food. However, the human presence makes them insecure, leading to man-animal conflict.