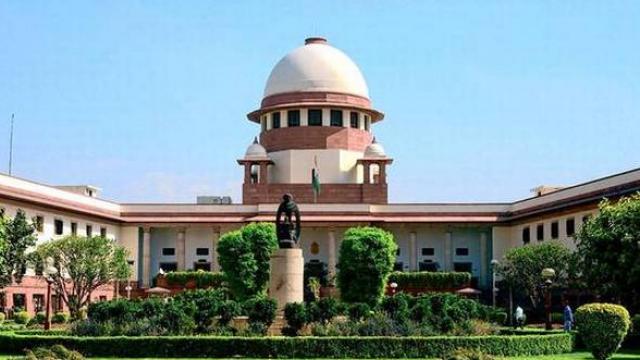 The Supreme Court on January 22nd, 2020 made it clear that it will not grant any stay on the controversial Citizenship Amendment Act (CAA) and National Register of Citizens (NRC) without hearing the Centre.

The bench comprising Chief Justice of India SA Bobde, Justices Abdul Nazeer and Sanjiv Khanna also agreed to consider the petitions from Assam and Tripura separately and gave the Centre two weeks to file a response on the cases.

The court clubbed together all pleas concerning Assam and Tripura together as both these states have separate agreements with the Centre regarding the preservation of indigenous people. The top court has also asked for a list of cases from these two states.

The court also said it may refer pleas challenging the validity of CAA to a Constitution bench. The apex court has given four weeks to the Centre to respond on CAA.

During the course of hearing, senior advocate Singh, appearing on behalf of Advocates’ Association for Indigenous Rights of Assamese, pointed out the facts relating to Assam Accord and the “devastating effect” of CAA on Assam due to the huge influx of Bangladeshis.

“The Supreme Court took serious consideration of the facts as for the first time today the issue of Assam got highlighted before the apex court. Accordingly, the court suggested that the matter pertaining to Assam be segregated and for that, the court have asked to provide the lists of cases relating to Assam,” said senior advocate Singh speaking to Time8.

He added, “Even though the interim prayer to not to implement the Act was strongly argued by us, the Court said that the same will be considered on the next date of hearing after the Centre files its reply. The court also took note of the fact that Tripura also stands on a similar footing and accordingly, the same will be also heard along with Assam matters. The next date of hearing will be after four weeks. By then, the court will constitute the 5-judges Constitution Bench.”

Attorney General KK Venugopal also told the apex court the Assam NRC will not become operative until the final list is published by the Registrar General of India.

The Centre notified the CAA on January 11th, 2020. The CAA grants citizenship to Hindu, Sikh, Jain, Parsi, Buddhist, and Christian refugees from Pakistan, Afghanistan, and Bangladesh who came to India on or before December 31st, 2014.

President Ram Nath Kovind gave assent to the Citizenship (Amendment) Bill, 2019 on December 12th, 2020, turning it into an Act.