Several Hurt As Anti-CAA Protesters Clash With Police In Lakhimpur

The Union Home Ministry issued a notification stating that the provisions of the Act will come into force from January 10th, 2020 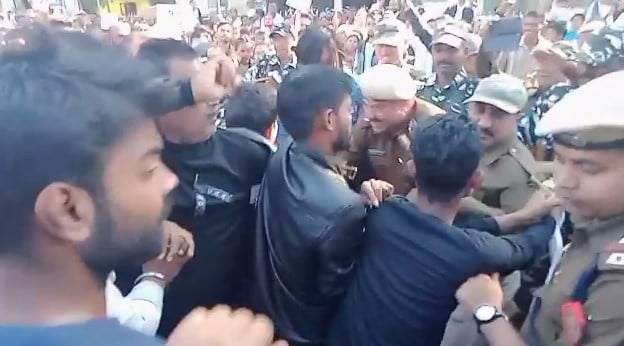 The Union Home Ministry issued a notification stating that the provisions of the Act will come into force from January 10th, 2020. However, the Centre is yet to frame rules for the Act.

The protesters also raised slogans like ‘Joi Aai Asom’, ‘BJP go back’ and so on. Several people were injured as the protesters clashed with the security personnel.

The Citizenship (Amendment) Bill was passed by parliament on December 11th, 2019. As per the CAA, the members of Hindu, Sikh, Buddhist, Jain, Parsi and Christian communities who have entered India from Pakistan, Bangladesh and Afghanistan till December 31st, 2014 facing religious persecution there will not be treated as illegal immigrants but given Indian citizenship.