Locals have blamed the bus drivers for 'reckless' and 'irresponsible' driving 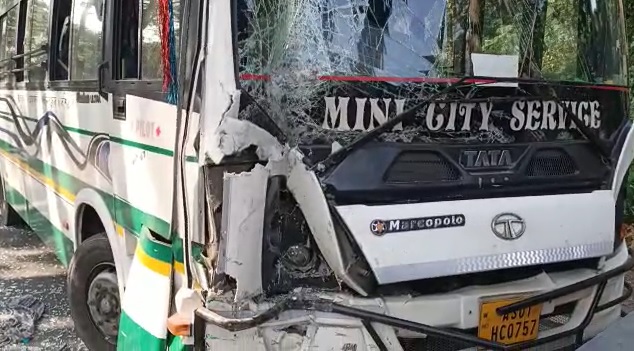 In yet another incident of alleged reckless driving by public transport drivers, a speeding city bus lost control and crashed into another bus leaving several passengers injured.

A private bus named Jamila bearing registration no AS01 GC 9148 rammed into another bus Yuvraj AS01 HC 0757 near Ganesh Nagar area under Basistha PS on November 7th, 2019 afternoon.

The injured were immediately shifted to the hospital. The damaged bus was towed later.

“This is the result of reckless driving and bus drivers when they indulge in competing with other public transport buses. This should be stopped immediately,” said a local.

CM Sonowal renews the dream of a bridge in Majuli

Construction of a bridge to connect Majuli with rest of the outside world was one of the promises made by the BJP during the 2016 assembly elections.
Read more