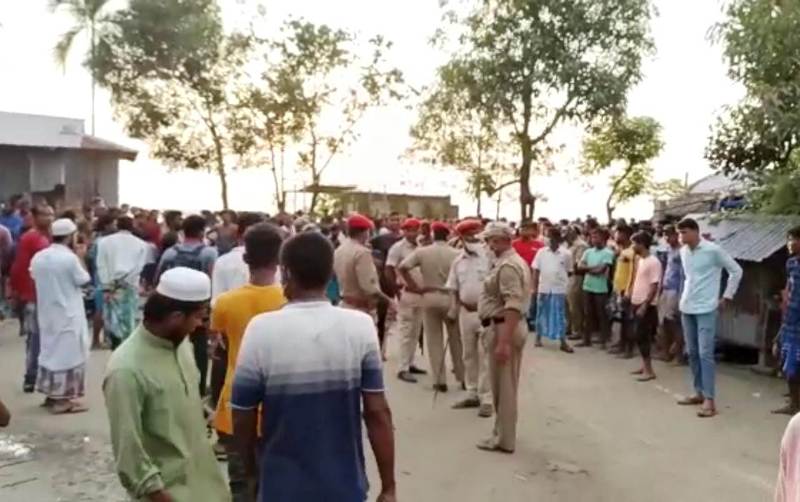 Guwahati: Tension gripped at the Berabhanga village under Sukchar police station in South Salmara-Mankachar district following the recovery of bodies of two minors.

Local people at the village alleged that both the minors were killed by one Aliul Islam over a trivial issue.

Sources informed that Enamul Hussain’s children who are said to allegedly killed by Aliul reportedly were driving out their goat which entered the residence of Aliul Islam in the afternoon hours.

Following the incident, Aliul allegedly attacked both the minors and choked both the siblings to death and made an attempt to throw their bodies in the river Brahmaputra, claimed the sources.

The incident was spotted by Enamul’s family. Later both the suspected accused Aliul and her family escaped from the crime scene and reportedly took shelter in the house of one boatman Rakibul Hussain.

In the meanwhile, Sukchar police officer in charge Sudip Choudhury along with the police force reached the spot and tried to bring down the situation under control.

The police also recovered the bodies of the two minors sent them for post mortem.