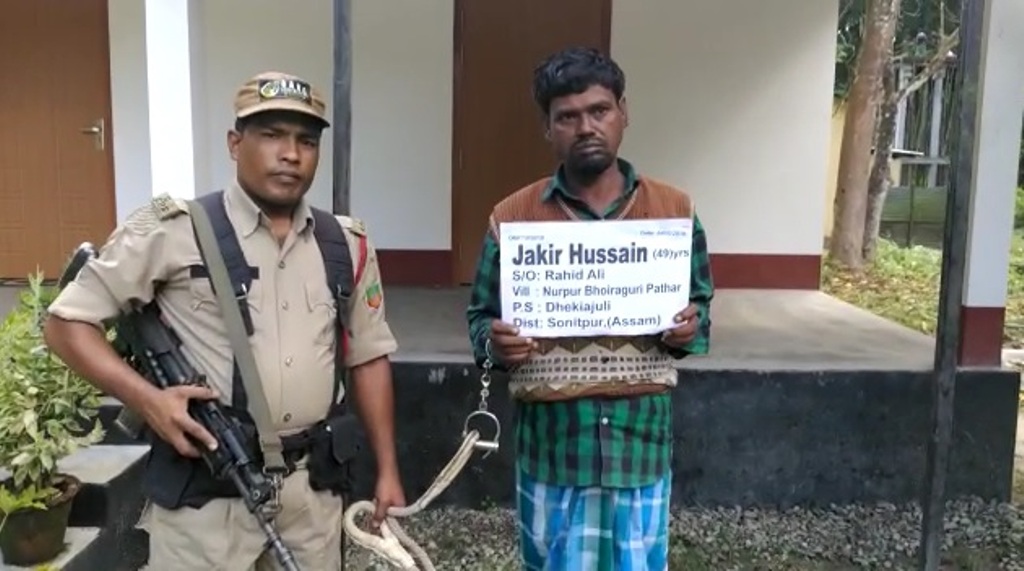 Acting on a tip-off a team of the forest officials of Orang National Park conducted a search operation and nabbed a wanted rhino poacher from the Borsola area in Sonitpur district of Assam.

The dreaded poacher has been identified as Jakir Hussain. He is a resident of Nupur Bhoiraguri Pathar village, Dhekiajuli PS under Sonitpur district.

Reports stated that several complaints were registered against Hussain and he is subjected to legal processes at Nagaon court. He was allegedly involved in several rhino poaching cases at the Orang National Park and went into hiding for at least 10 years.