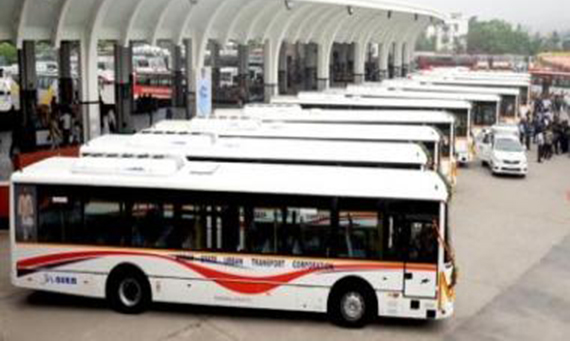 The 21st century is the era of information and speed. People have a rare time to spare. People want to accomplish everything within a very short span of time. For that, a well-organised transport system is the need of the hour.

A well-organised transport system defines a country’s development in true sense. The economy of a country depends upon the transport network. A better road can lead to reaching each and every individual in far remotest areas of the country.

Guwahati, the gateway to the South Asian countries, is one of the fastest-growing cities in India. It is the heart of Northeast India. Unfortunately, the condition of the public transport system is dilapidated. The transport system has a number of loopholes including lack safety and security of the passengers especially the women.

It is high time to give priority to developing the transport system to see the city as a metropolitan city.

The Assam State Transport Corporation (ASTC) was the most trusted name in public transportation until the 1980s. Later, it had to strive hard to exist and retain its glory. The corporation was on the verge of collapse two decades back due to mismanagement and corruption. However, of late several measures have been taken to reshape the corporation.

The ASTC is planning to introduce 678 buses in order to increase the number of public transportation facilities in the state under the Uberization Scheme. It may be mentioned that ASTC had introduced 15 electric buses in Guwahati in November last year. The new buses were procured under ‘Faster Adoption and Manufacturing of Electric Vehicles’ (FAME-1).

Public transport is the only mode for general commuters. Lakhs of people depend on it. The government has to ensure a safe, secure and well-organised available transport system for the people.