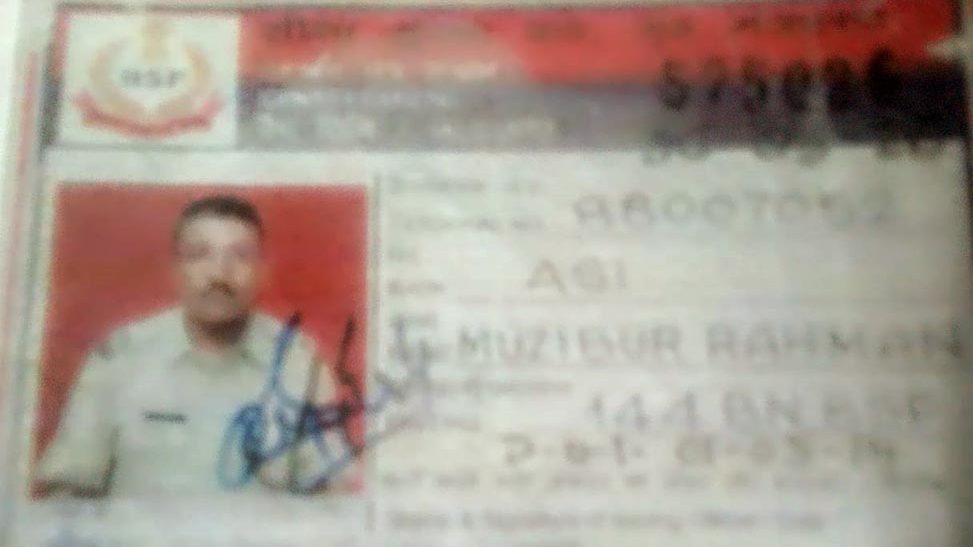 A Foreigners’ Tribunal (FT) in eastern Assam’s Jorhat town has declared an assistant sub-inspector (ASI) of the Border Security Force (BSF) and his wife as ‘foreigners’. The ASI Muzibur Rahman hails from Udaypur-Mikirpatty area near the Assam-Nagaland border in Assam’s Golaghat district.

Rahman is currently posted in Punjab. He came to know of the judgement against him when he came home on leave in July this year. “The Assam police’s border wing had submitted a report to the tribunal against me relying on a drunkard’s account,” Rahman alleged.

“I am a genuine Indian citizen. It is hard to believe and also unfortunate that the tribunal declared me and my wife as foreigners,” Rahman said. He further said, “I was not in Assam when the verification took place. Even, the village head also did not inform me about the judgment. My family did not receive the tribunal’s notice.” He further said that he had moved the Gauhati High Court in relation to the matter.

On the other hand, the advocate Sudipta Nayan Goswami, who will fight the case in the Jorhat FT for Rahman, said, “The tribunal had declared a total of 28 people including Rahman foreigners in December 2018.”

It may be mentioned that on May 28th, 2019, a retired Army Subedar and Kargil War veteran Mohammed Sanaullah was declared a foreigner by the Foreigners Tribunal in Assam’s Kamrup and was sent to a detention camp in western Assam’s Goalpara district. After spending more than a week, the court granted him bail in June 2019.

Earlier, due to the state border police’s alleged blunder, a woman named Madhubala Mandal was detained for more than three years in Assam’s Kokrajhar district. The police picked her up instead of one Madhubala Das in 2016 on charges of being a foreigner. Mandal hails from No 1 Bishnupur in Chirang district of Assam.