Due to the recent flare-ups along the disputed areas; all highways from Assam into Mizoram have been blockaded for the past 12 days 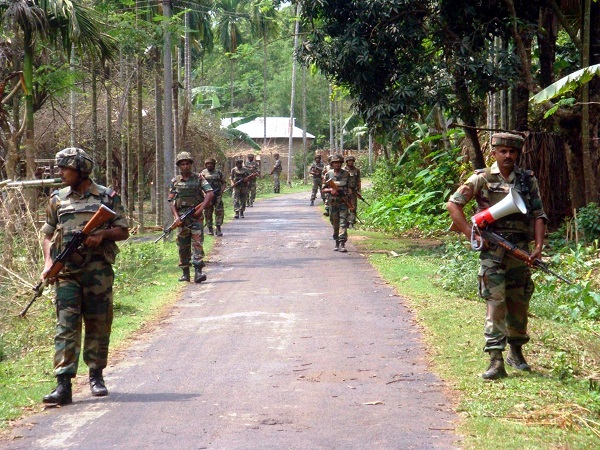 GUWAHATI:  Amidst the ongoing border dispute between Assam-Mizoram, the neighbouring state has agreed to redeploy a part of its police forces, currently deployed near the disputed areas.

Following the union home ministry’s intervention on Sunday, Mizoram chief secretary Pu Lalnunmawia Chuaungo said that three companies of BSF which were sent to Mizoram by the Central government will be deployed at the borders areas at Vairengte and Saihapui-V in Kolasib District adjoining Cachar district of Assam and at Thinghlun in Mamit District adjoining Karimganj district of Assam.

While one company and one platoon of BSF would be deployed at Vairengte; two platoons at Saihapui-V and one company at Thinghlun.

“Assam government had agreed to take steps to open all blockades of the highways connecting Mizoram and Assam from Sunday evening. For the time being a small section of its police forces would still be present in the areas to reassure the people in the border as agreed by the union home secretary Ajay Kumar Bhalla on the graded withdrawal of forces,” Chuaungo said.

Due to the recent flare-ups along the disputed areas; all highways from Assam into Mizoram have been blockaded for the past 12 days.

Highways leading into Mizoram from Assam’s three southern districts of Cachar, Hailakandi and Karimganj have been blockaded since October 28, forcing the Mizoram government to begin exploring alternative supply lines via other neighbouring states.

On Sunday, union home secretary Ajay Kumar Bhalla chaired a meeting via video-conferencing in connection with the current border impasse between Mizoram and Assam and the re-opening of NH-306 connecting Mizoram to the rest of the country which has been blocked at Lailapur for the past 12 days.

Both the Chief Secretaries of Mizoram and Assam and state police chiefs were present in the meeting.