The violence between the supporters of UPPL and BPF took place after Pramod Boro was allegedly attacked by miscreants at Kokrajhar. 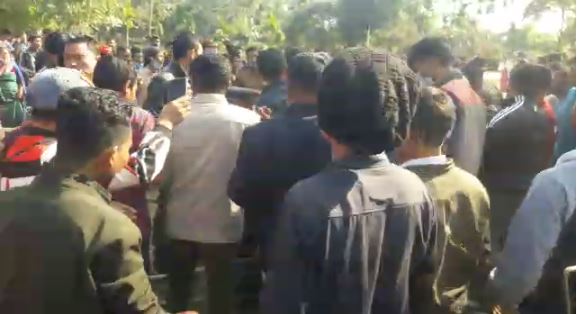 Guwahati: While voting for the second phase of BTC Polls was underway, a scuffle between United People’s Party Liberal (UPPL) and Bodoland People’s Front (BPF) took place at Chirang’s Duttapur on Thursday.

The police present at the polling booths had to resort to firing to disperse off the unruly crowd. However, no causalities have been reported so far.

Speaking to the media, Deputy Commissioner Gautam Talukdar said, “One of the voters was physically abled and could not see. Since he had no companion along with him, the polling officer explained him regarding the process of voting. This was misunderstood by people and the chaos erupted.”

“Although we immediately changed the officer but some of them wanted to create issue but we made them understand and the matter was handled,” he further explained.

The violence between the supporters of UPPL and BPF took place after Pramod Boro was allegedly attacked by miscreants at Naigaon area of Kokrajhar on Wednesday.