‘Bulbul Can Sing’ Releasing In Assam On Sept 20. Check Out The Tweets Before You Book Your Tickets 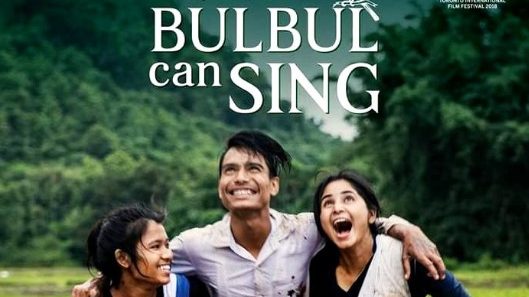 National-award winning filmmaker Rima Das’ recent movie Bulbul Can Sing is all set to hit the theatres in Assam on September 20th, 2019. The film won the National Film Award for Best Feature Film in Assamese at India’s 66th National Film Awards. The movie also the won Best Indie Film at the Indian Film Festival of Melbourne in Victoria, Australia this year.

The movie which revolves around Bulbul’s life has been applauded and appreciated by several film critics, filmmakers in the country and abroad. So, ahead of its release, we have compiled a few of the tweets which you must go through before you book your tickets.

The storyline of the film, Rima’s direction and technique of story-telling have been widely appreciated by those who have watched the film.

The movie was premiered in the Toronto film festival and Berlin Film Festival earlier this year. Bulbul Can Sing was presented by none other than the King of Bollywood Shah Rukh Khan at the opening night of the Indian Film Festival of Melbourne this year.

The film is about Bulbul, a teenage school-going girl, growing up in a rural setting in Assam, falls in love. While she is on the verge of discovering her teen life, a tragedy strikes with her best friend. Bulbul begins to question herself and her love life.

The film is set in rural Assam and the cast of the movie includes Pakija Begam, Arnali Das, Manoranjan Das, Bonita Thakuriya and Manabendra Das. The role of Bulbul is played by Arnali. The film will later release in theatres across India on September 27th, 2019.