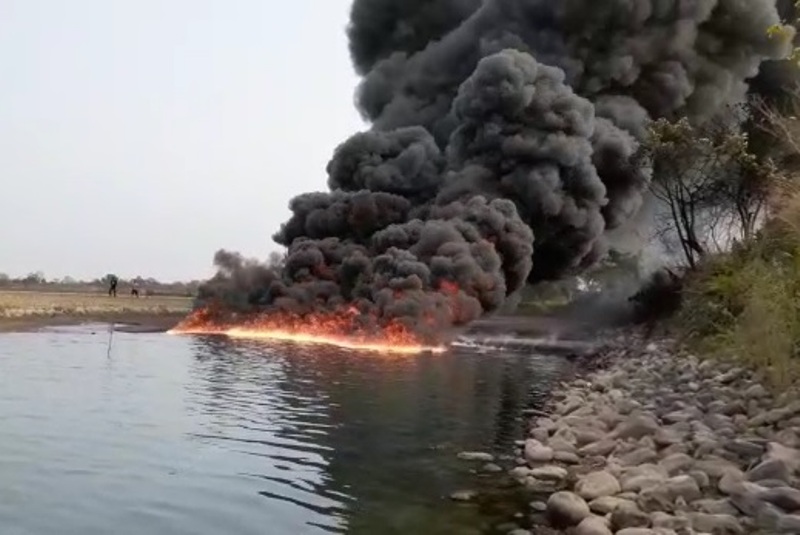 Black clouds have swallowed the Burhi Dihing river in Upper Assam’s Naharkatia town for three days now as a massive inferno has broken out in the tributary.

The fire is believed to have taken place due to an alleged oil pipeline blast of the nearby Duliajan plant of Oil India Limited.

The locals said that crude oil was transferred through a water pipeline from the OIL plant that was connected towards the river. The nearby villagers suspect it to be the handiwork of miscreants who might have set fire on the pipeline as the fire has continued to raze Duliajan’s Tengakhat Circle of Pandhua ghat.

The fire has not been doused yet.

Reports claimed that the fire was spotted by some villagers some three days ago and they had intimated the district administration. They blamed the concerned authorities of not paying any heed to the issue.

The river which is home to several marine animals is posing a threat to their existence, the locals said.