Burqa-Clad Woman Heckled In Shaheen Bagh, Taken Away By Police 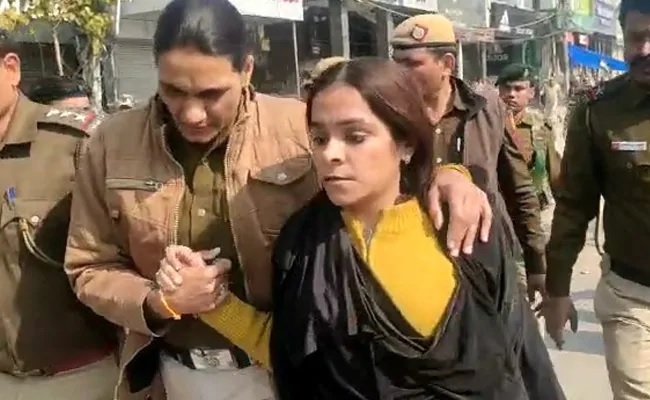 The Delhi police on February 5th, 2020, morning whisked a burqa-clad woman away after her presence at the Shaheen Bagh protests against the contentious Citizenship Amendment Act raised suspicion.

The woman has been identified as Gunja Kapoor. Eyewitnesses said that the woman raised suspicion when she kept asking “too many questions”. Some protesters, even, insisted on frisking her and found a camera which led to a commotion. Later, the police took her away.

Meanwhile, Kapoor, who describes herself as the curator of a YouTube channel ‘Right Narrative’, is followed by Prime Minister Narendra Modi and BJP leader Tejasvi Surya on Twitter. On being asked by reporters why she was carrying a camera, Gunja flipped and said, “This is not media’s hot moment. Go!”

It may be mentioned that a 25-year-old man, identified as Kapil Gujjar, allegedly shouted “Jai Sri Ram” as he fired shots standing near police barricades put up near the protest site in Shaheen Bagh last week. “Gujjar is an AAP member,” police said on February 4th, 2020 which triggered a war of words between the AAP and the BJP ahead of February 8th, 2020, assembly elections.