In view of violence, Section 144 has been clamped in the northeast district of Delhi 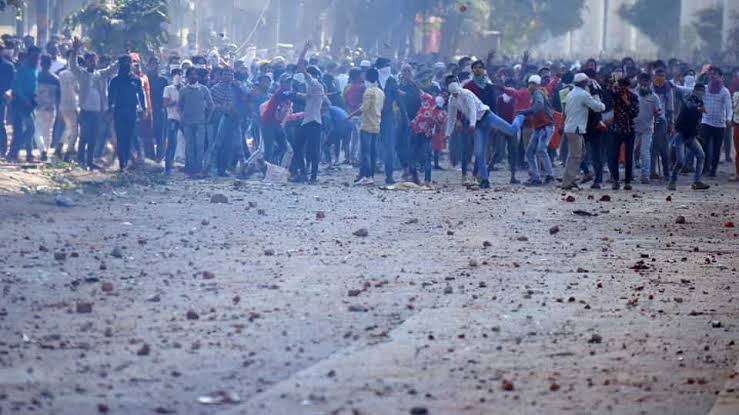 Seven, including that of a policeman, have died so far in the violence reported from the Northeast Delhi since February 24th, 2020 amid pitched street fights between the supporters and opponenets of the controversial Citizenship Amendment Act (CAA).

Over 50 police personnel were injured and have been hospitalised, police said. Situation continues to remain tense since morning on February 25th, 2020, a day after protesters for and against the CAA clashed and threw stones at each other, set markets, houses, vehicles and shops on fire.

Violent protests broke out between pro and anti-CAA demonstrations across multiple northeast Delhi neighbourhoods like Jaffrabad, Maujpur, Chandbagh, Khureji Khas and Bhajanpura for a second time on February 24th, 2020.

In view of violence, Section 144 has been clamped in the northeast district of Delhi. Police have said the order will remain in force for one month, till March 24th, 2020.

Delhi Chief Minister Arvind Kejriwal chaired a meeting with MLAs and officials from violence-affected areas. US President Donald Trump and his family are also in Delhi.

Union Home Minister Amit Shah has convened the second meeting with the Delhi police officers in 12 hours over violence in the national capital on February 25th, 2020. The Home Minister called another meeting with officers and also invited Delhi Lieutenant Governor Anil Baijal and Chief Minister Kejriwal.

Shah skipped the welcome ceremony at the Rashtrapati Bhavan for visiting US President Donald Trump this morning.