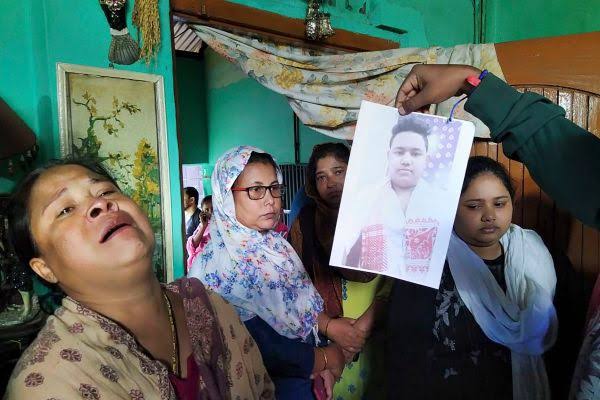 GUWAHATI: The Assam Pradesh Congress Committee (APCC) on Tuesday said that the Assam Human Rights Commission (AHRC) on September 14 directed the Assam government to submit its investigation report conducted upon the killings of five youths during the anti-Citizenship (Amendment) Act movement.

Five youths of the state – Dipanjal Das, Sam Stafford, Dwijendra Panging, Iswar Nayak and Abdul Alim were killed by the police during the anti-CAA movement which erupted and turned violent in December 2019 in Assam.

APCC’s Legal Cell Chairman Niran Bora said, “Taking cognizance of the Assam government’s negligence and unprecedented delay in submitting the investigation report of the killings of five youths during the anti-CAA movement, the AHRC on September 14 set a deadline and asked Dispur to submit the same within a month.”

On December 19, APCC president Ripun Bora filed a complaint at the AHRC, in collaboration with the legal cell of the Congress demanding to conduct a high level and impartial inquiry into the killings, provide Rs 20 lakh as compensation to the bereaved family members, and to award stringent punishment to the police personnel involved in killing the protesters.

“Taking a serious note of the complaint, the AHRC on December 23, 2019, directed the Chief Secretary, Government of Assam to investigate the killings and submit a report. The AHRC also conducted series of hearings on the complaints on January 13, 30 and on February 20 and 25. However, showing its negligence to the AHRC’s order, the state government has failed to submit the report till date,” Bora said.

He stressed that expressing concern over the Assam government’s unprecedented delay in submitting the probe report; the AHRC on Monday set a deadline and directed Dispur to submit the same within a month.

The APCC further said that it will move the Gauhati High Court on behalf of the family members of Late Dwijendra Panging to seek justice. “We are ready to provide free legal assistance to Late Panging’s family members if they extend cooperation,” Bora said.

According to the APCC, the investigation report submitted by the Assam government against the killing of Late Dwijendra Panging said that as the family members of the public did not allow the administration to conduct post mortem, the cause of death of Late Panging was not ascertained.