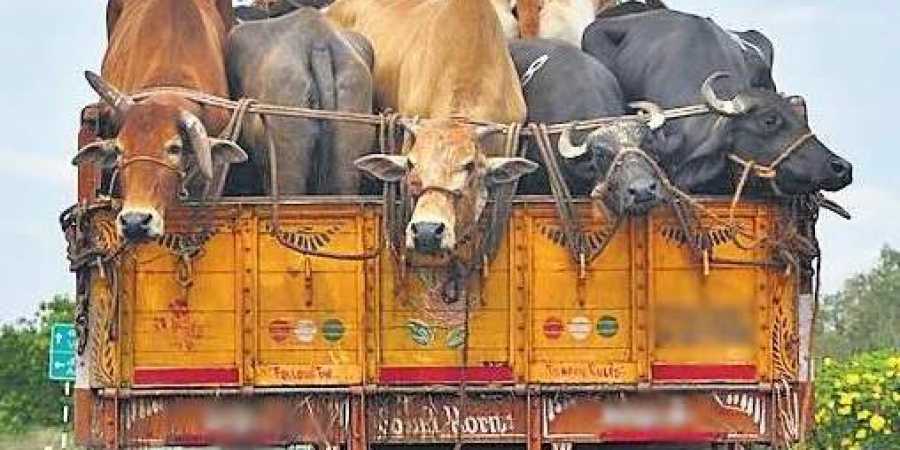 Guwahati: In a major drive against illegal cattle trade in the state, Assam Police seized at least 10 trucks with some 237 cattle heads during the last 24 hours in Biswanath district on Thursday.

Police said at least 34 persons have been also caught by Biswanath district police from various locations.

“The vehicles with cattle came from Silapathar in Dhemaji district and was on their way to Rupahi in Nagaon district. Legal actions are going on,” police sources added.

Similarly, South Salmara Mankachar district police also arrested four cattle smugglers with 10 cattle heads while they were trying to smuggle the cattle to Bangladesh through the Brahmaputra river.

With the vigilance of Border Security Force (BSF) being intensified to check on cattle smuggling incidents in Indo-Bangladesh borders, the cattle smugglers were using the river routes for the illegal trade.

Sources in BSF said, “The cattle are blindfolded, and banana stems are tied to them to help them float on the river so that they can be swept across to Bangladesh.”

When they arrive in Bangladesh, there are hundreds of Bangladeshi cattle smugglers who capture these animals, using their speedboats.

Sources claimed that the cattle smuggling has been ongoing in the neighbouring country borders with the help of the Border Guard Bangladesh (BGB) personnel.

Cattle smuggling has gone up recently due to its rising demand in Bangladesh ahead of Eid ul-Adha or Eid Qurban celebration to be observed later this month.