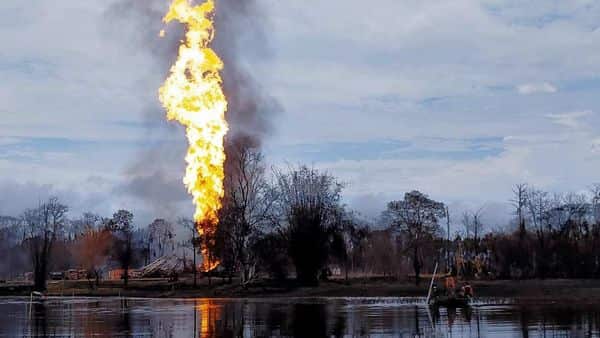 GUWAHATI: The government of India on Monday revealed that the Ministry of Petroleum and Natural Gas has constituted a three-member inquiry committee to inquire into the Baghjan blowout.

In his written reply made during the monsoon session of the Lok Sabha, which started on Monday, Union Minister for Petroleum and Natural Gas Dharmendra Pradhan said, “Ministry of Petroleum and Natural Gas has constituted a three Member Inquiry Committee to inquire into this incident.  In addition, Inquiry Committees have also been set up by Directorate General of Mines & Safety (DGMS), and Oil Industry Safety Directorate (OISD), Govt. of India.”

The Minister also said that two officers of the PSU major, directly looking after the operations of the well before blowout has been suspended.

Stating that there has been an impact on the nearby areas because of the heat and noise generated from the blowout well, Pradhan said, “Approximately 3000 affected families were evacuated to rehabilitation camps set up by the district administration.”

“So far, 2,756 families have been identified for compensation till September 8 in Doomdooma and Tinsukia Circle. ₹ 10,93,50,500/- has been deposited with district administration by OIL for providing one-time compensation of ₹30,000/-  each to the 3645 affected families,” he further said.

The Baghjan 5 gas well located in Upper Assam’s Tinsukia district operated by Oil India Limited had a blowout on May 27. It started to leak gas and condensate uncontrollably. Two weeks later, on June 9, the blowout became a blaze. So far, OIL has lost three employees.

However, Assam Pradesh Congress Committee president and Rajya Sabha member Ripun Bora argued, “The death of Arnab Kishor Bordoloi who died of electrocution at Baghjan is surrounded by mystery. Why this hazardous negligence and foul play by OIL? Why oil is not releasing CCTV footages of the site entrance at the location of the accident?”