Borah said, “If someone truly chanted Pakistan Zindabad, it is a clear case of sedition and the miscreants should be arrested. 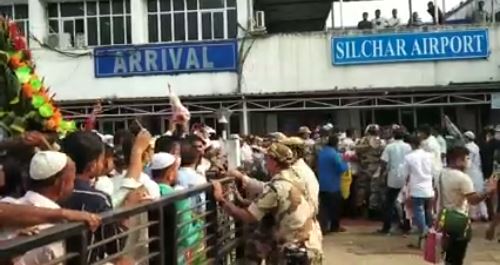 GUWAHATI: The Assam Pradesh Congress Committee (APCC) on Monday said that it will file an FIR against Assam’s Finance Minister Himanta Biswa Sarma for circulating an alleged fake video on social media.

APCC president Ripun Borah said, “If someone truly chanted Pakistan Zindabad slogan, it is a clear case of sedition. The miscreants should be arrested at the earliest. At the same time, it is our moral responsibility to urge the police to examine the authenticity of the same video. If it is not fairly investigated, such circulation will encourage others too.”

On November 6, Sarma on his Facebook page posted a video and said, “Look at the brazenness of these fundamentalists anti-national people who are shouting Pakistan Zindabad while they welcome MP Ajmal. This thoroughly exposes Indian National Congress which is encouraging such forces by forging an alliance. We shall fight them tooth and nail. Jai Hind.”

It needs mention here that the Minister’s post went viral and create a wave of criticism from across the state. Facebook on Saturday flagged the video uploaded by Sarma on AIUDF supporters chanting Pakistan Zindabad slogans at Silchar Airport claiming it was ‘false information and checked by independent fact checkers.’ Significantly, the same controversial video was restored by the Facebook on Monday.

Expressing concern over the silence of maintained allegedly by Minister Sarma on the controversy, Bora added, “It has been three days, it is surprising to see why Minister Sarma has not instructed the police to investigate the incident. Bora also argued why the video has not been sent to a forensic laboratory for a fair examination.”