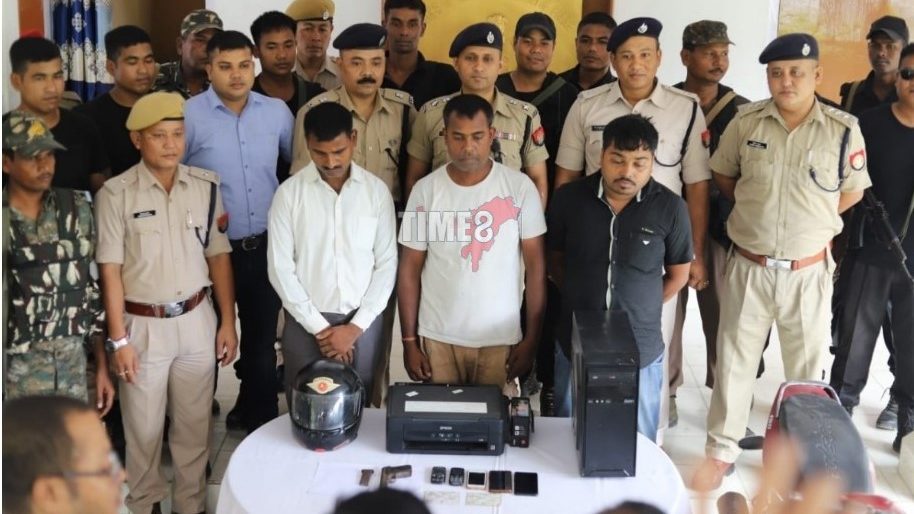 It was earlier suspected that the United Liberation Front of Assam (Independent), ULFA-I militants allegedly fired in front of Hajua Tea Estate’s office on late June 9th, 2019 night after the assistant manager of the garden refused to cough up extortion money. But a team of Charaideo Police after a month of relentless efforts unmasked the three fake ULFA cadres.

The three fake ULFA cadres have been identified as Akash Pradhan(34) of Hingrijan TE, Jiten Thakur(34) of Hajua TE and Uttam Telenga(38) of Khumtai TE.

The Police have recovered 0.22 bore pistol, one mobile phone, a pad with ULFA-I letterhead, ULFA demand note, a computer along with a printer, a Pulsar motorcycle, and a few objectionable documents.

“We detained the three based on an FIR lodged following a series of operations after the fake ULFA-I had demanded Rs 10 lakh from Shahnawaz Anwar, assistant manager of Hajua Tea Garden. They have been forwarded to the court and have been remanded to police custody for further interrogation”, said Anand Mishra, Charaideo SP.